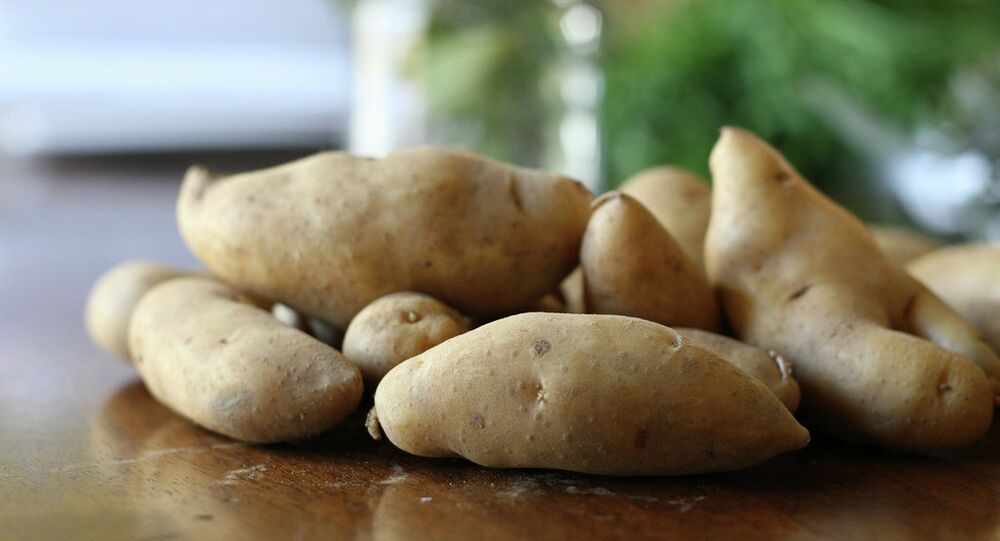 The Food and Drug Administration has approved genetically-modified potatoes and apples calling them “safe” but major food suppliers are saying they won’t use them because of a lack of consumer demand.

The safety of genetically-modified food products continues to be a hotly-debated topic but the popular tide seems to be against eating them. Monsanto and other companies continue to produce GMO-derived foods — in which varietals are produced from seeds genetically-engineered in a lab — but major distributors are eschewing them because many consumers won’t buy them.

The FDA called them "as safe and nutritious as their conventional counterparts."

While many GMO vegetables and fruits have garnered controversy for splicing in everything from rat genes to the carcinogenic defoliant Agent Orange, Simplot has pointed out that the genes they are using all come from ordinary varieties of potatoes. They even note that the GMO potatoes will have 70 percent less acrylamide which some studies have identified as a potential carcinogen when potatoes are fried.

However, many potato distributors have rejected any notion that they will use the potatoes.

"McDonald's USA does not source GMO potatoes nor do we have current plans to change our sourcing practice," the company — one of Simplot’s largest purchasers — said in a statement Friday.

"All Lamb Weston frozen potato products are made with non-GMO potatoes, in line with customer demand," that company said in a statement.

Canadian company Okanagan, meanwhile, is touting Granny Smith and Golden Delicious ‘Arctic Apples ’ which have been genetically engineered to limit production of the enzyme polyphenol oxidase. Polyphenol oxidase causes the browning one sees in sliced apples within minutes — which is not to be confused with rotting — making them less appealing than freshly sliced apples.

This would mean that foodservice companies would not be required to delay browning by spraying or dipping the apples into ascorbic acid, citric acid and calcium salts.

In both cases, the stakes are high. Simplot, for example, spent 14 years developing their GMO potato along with an estimated hundreds of millions of dollars. Therefore, consumers can expect to start getting bombarded with messages on how safe the GMO products are. In the end, convenience — and, therefore, expense — may win over distributors like McDonald’s which is losing sales on an annual basis.