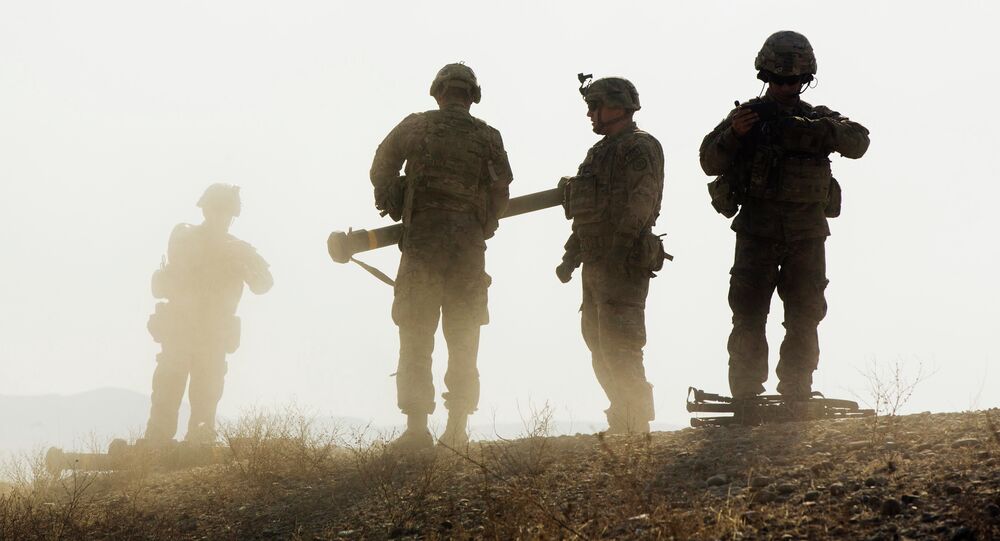 One of the Washington DC representatives of the CODEPINK anti-war organization claims that the wars in Iraq and Afghanistan may have indirectly affected racial abuse and slurs in the ranks of the US army.

MOSCOW (Sputnik), Alexander Mosesov — The wars in Iraq and Afghanistan may have indirectly affected racial abuse and slurs in the ranks of the US army, one of the Washington DC representatives of the CODEPINK anti-war organization told Sputnik on Thursday.

On Wednesday, it was reported that the US Army is investigating claims that a platoon of soldiers was encouraged to use racial slurs against each other once a week during “Racial Thursdays."

The practice allegedly took place in the Alaska-based unit where 19-year-old soldier Danny Chen served, who killed himself while serving in Afghanistan in 2011 following harassment over his Chinese ancestry.

© AP Photo / U.S. Army
US Army Investigates Unit Over ‘Racial Thursdays’ Allegations
“I don’t know if it is directly related… but this whole situation to have them [US Army commanders] allow the slurs on the enemy [in Iraq and Afghanistan] and treating them as sub-humans and murdering people, it happened,” Joan Stallard told Sputnik.

Stallard explained that many US soldiers in Iraq and Afghanistan were using racial slurs in respect to their enemies, calling them "ragheads," an insulting and abusive word describing persons wearing a turban or a keffiyeh.

CODEPINK's representative in Washington DC also added that, according to investigations into US Army recruitment policies, "the recruiters were allowing in people who had been in jail on violent charges, some of them were gang members and there were extreme far-right people."

Stallard concluded that in order to curb such practices in the US military, the leadership should be "perfectly clear" that there is zero tolerance to racial slurs and abuses.