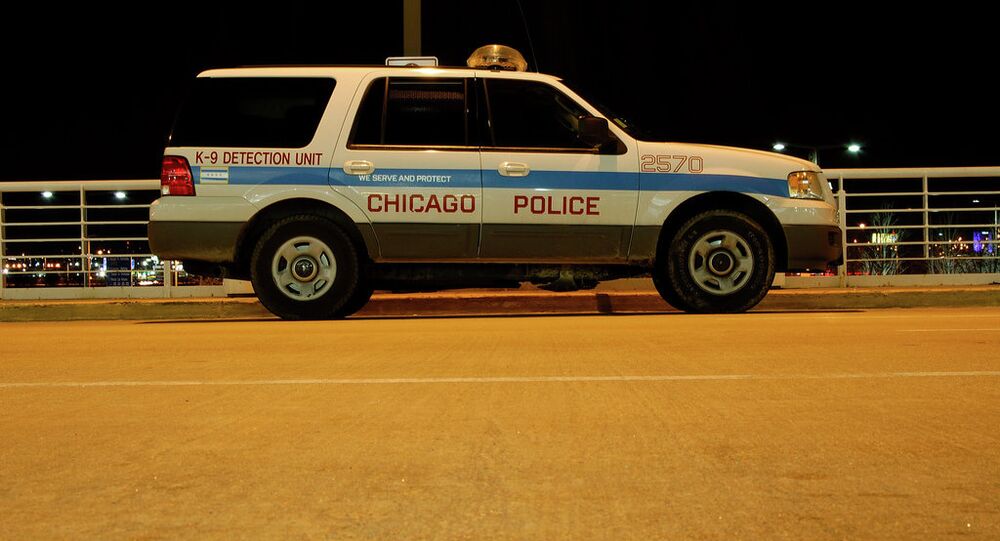 © Flickr / John W. Iwanski
Violations at Chicago Homan Square 'Not Unique' - Activist Group
WASHINGTON (Sputnik) — She described being grabbed by officers, including by her sprained wrist, and cuffed, while the police took possession of her two backpacks. “They took the backpacks away and put me in very tight metal cuffs,” she said.

“I had an asthma attack in the paddy wagon, and even with my comrades screaming that we needed an inhaler, CPD denied me any medical help until we got to District 1 lockup one hour later,” Maddie Sully, former Chicago detainee said on Wednesday.

Sully was participating in a protest against the American Legislative Exchange Council alongside other labor union activists and groups when the CPD moved aggressively against the protesters.

Sully said she fell to the ground on her right wrist, straining it, after the CPD officers charged.

Then, Sully said she had an asthma attack, which comes from an anxiety disorder, and she additionally experienced an anxiety attack.

Sully noted that nearby friends inquired about her condition and yelled at the CPD officers to provide her inhaler.

“I was not given my medicine until we were in the holding cells an hour later,” Sully said. “The entire time, I was gasping for air.”

Sully explained she was handcuffed for four to five hours to benches in the booking cell before CPD officers even started the booking process, and was released after 10 hours.

“I still have panic attacks related to it to this day, and have lost all trust in the cops,” she said.

On Monday, Sputnik spoke to Chicago “black site” detainee Saul Ayala, who said the CPD threatened to take his children if he did not sign papers implicating another detainee, Ricardo Pabon, in a capital murder crime that Pabon alleges he never committed.

The CPD follows all laws, rules and regulations with regards to lawful interrogations, according to a CPD statement.