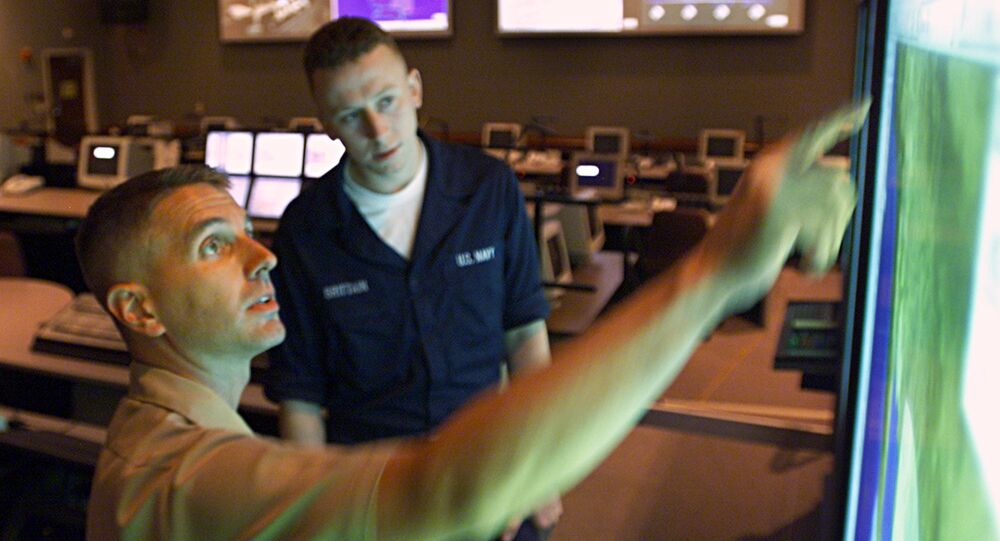 As major world powers like Russia and China rapidly develop new weapons systems, the Pentagon has established a new panel with the sole purpose of searching for cracks in the military’s electronic warfare capabilities. Taking its combat technologies for granted, many DoD officials believe the US may be losing its edge.

On Tuesday, Deputy Defense Secretary Robert Work signed the Electronic Warfare Executive Committee into being. Led by Pentagon acquisition chief Frank Kendall and Admiral James Winnefeld, vice chairman of the Joint Chiefs of Staff, the new committee was established to ensure that the United States stays competitive in the electromagnetic spectrum.

According to Work’s memo, the committee will seek to correct the fact that the Defense Department has "lost focus on electronic warfare at the programmatic and strategic level."

"We still have a lead," Work said during conference hosted by McAleese & Associates and Credit Suisse, "but I think that lead is diminishing rapidly."

That loss of focus has a few causes. According to former chairman of the Defense Science Board, Paul Kaminski, one of the reasons is that the US became a little too comfortable after the fall of the Soviet Union and stopped investing in electronic warfare. Another is 9/11. As the US entered a new type of conflict centered on terrorist insurgents, the military became less concerned with the type of high-tech electronic threats it didn’t believe the enemy was capable of.

Last year, the Defense Science Board recommended an additional $2 billion be allocated to the Pentagon’s budget in order to strengthen electronic warfare capabilities. This followed a series of embarrassing revelations about key weaknesses in the military’s weapons systems.

The F-35, a state-of-the-art fighter jet the US government spent $400 billion developing, was found to be highly vulnerable on its own, without the aid of electronic attack versions of the F-18, known as the Growler. If sent into combat without the Growler's support, the F-35s likely wouldn't survive in a fight against adversaries in the first days of war, according to Pentagon assessments. The Navy was also able to find a number of design issues with its new class of littoral combat ships, including a highly flawed electronic warfare suite. To address such criticism, the Defense Department plans to construct an upgraded model of the LCS with improved EW systems, a new 3D radar, and multi-function sonar arrays.

"It’s actually pretty clear what we need to do in many areas, but I’d say the scale of the EW problem today and the years of neglect make the remedy expensive," Kaminski said during a conference of the EW group, Association of Old Crows. "We also need something else besides money: We need senior level attention to the problem."

Senior level attention is what the committee hopes to provide, though Kendall told reporters that the $2 billion funding request is likely to go unfulfilled.

"We need a demonstration…which can demonstrate to us that if someone throws a salvo of a hundred guided munitions [at us], we’ll be able to ride it out," Work said.

© Flickr
What Budget Cuts? US Cyber Command to Double Its Spending

The Navy is also concluding a separate study on its own electronic warfare readiness. Last week, a top admiral indicated that the study would probably lead to the purchase of more Growler electronic attack jets.

On Tuesday, the Navy also announced that it was looking into ways to drastically increase the missile launching capabilities of its submarines.

One thing seems clear: the Pentagon seems very concerned that it may have dropped the ball.

Speaking of America’s various perceived threats, Work said that "now competitors have caught up in this regime and they’re going to fire mass guided missile salvoes at us."