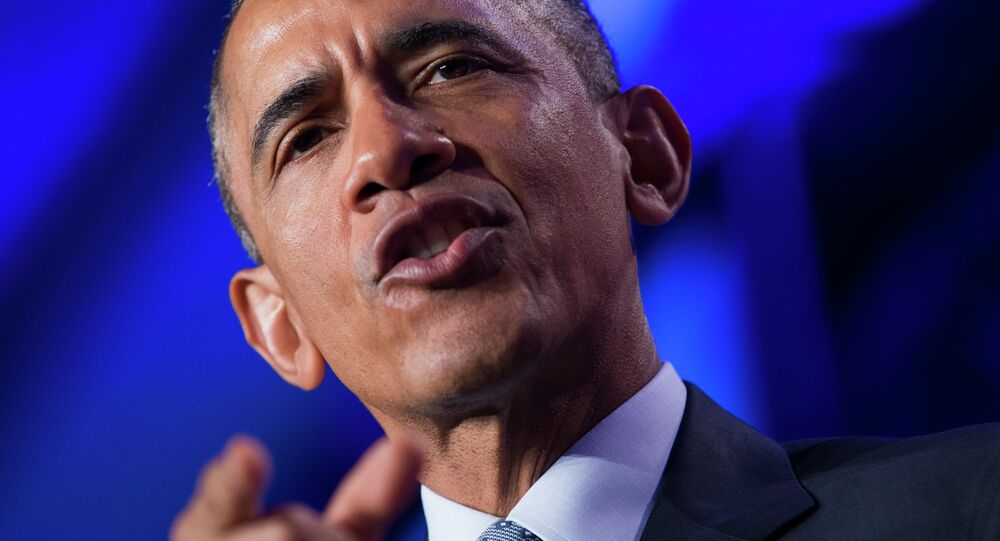 US President Barack Obama commented on the US Republican budget proposal, aiming to cut $5.5 trillion in spending over the next nine years, calling it a failure to invest in the country's main endeavors.

© Flickr / Tax Credits
US House Budget Proposal Cuts Taxes for Millionaires - White House
WASHINGTON (Sputnik) — The US Republican budget proposal that would cut $5.5 trillion in spending over the next nine years to balance the budget fails to invest in the United States' key future endeavors, US President Barack Obama said.

“What we are seeing right now is a failure to invest in education and infrastructure and research and national defense all the things that we need to grow, to create jobs, stay at the forefront of innovation and keep our country safe,” Obama stated in response the proposal unveiled on Tuesday.

The Republican’s budget seeks to eliminate Obamacare and provides $523 billion for defense spending, and additional $90 billion for the US Defense Department’s overseas contingency operations.

The budget would cap discretionary spending — including items like defense spending, education, social services and infrastructure — at $1.017 trillion for fiscal year 2016, which begins on October 1.

The total budget for 2016, including non-discretionary items such as social security and interest on debt, would be $3.8 trillion.

“The [overall] $5.5 trillion in decreased spending and the end to annual deficits will mean we can begin to pay down the national debt and stave off a severe and completely avoidable fiscal crisis in the future,” the Republican budget document said.

Obama noted he hoped a compromise can be reached with Republicans for more spending on education, infrastructure and research to keep the momentum going in the economy.

In February, Obama proposed a nearly $4 trillion budget for fiscal year 2016. The proposed budget seeks to help middle-class citizens, improve US infrastructure and end defense spending cuts, according to the White House.

US Should Increase Defense Spending to $577 Bln - Senator McCain

US Revises Seapower Strategy to Include 'All Domain Access'