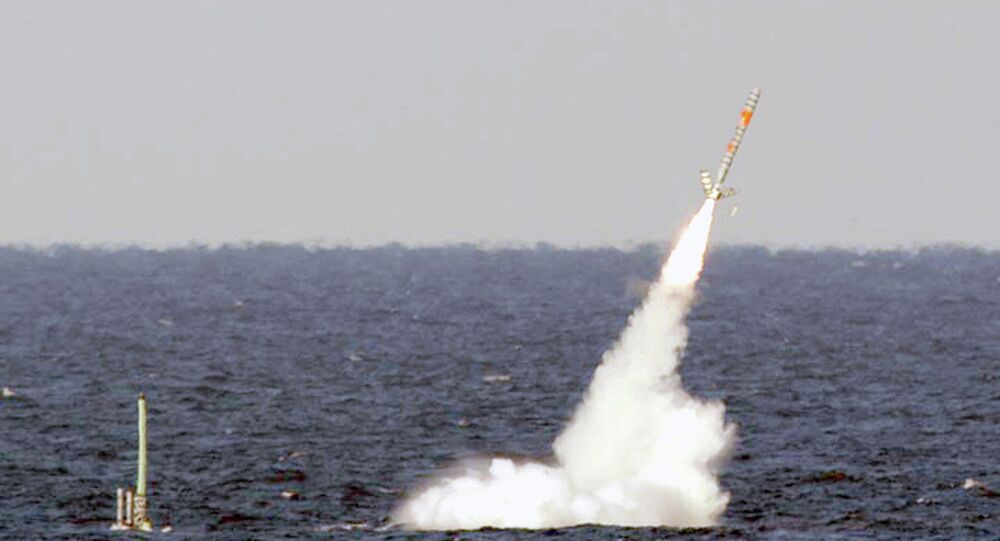 As the US prepares to retire its Ohio-class submarines, the Navy is looking for ways to make up for that loss in firepower. One consideration is to outfit Virginia-class subs with even more missiles. 28 more, to be precise, a dramatic increase from the current 12.

The United States currently operates 18 Ohio-class submarines. But in 2020, the Navy will begin decommissioning four of these vessels, each capable of firing up to 154 Tomahawk missiles. Which is a lot less firepower on the high seas.

"When the [Ohio-class submarines] retire in the 2020s – if no action is taken the Navy will lose about 60% of its undersea strike launchers," Navy Captain David Goggins, Virginia-class submarine program manager, told Military.com.

To mitigate this loss, the Navy is considering some pretty substantial upgrades to its Virginia-class subs. While this class can currently fire 12 Tomahawks, the military has plans to start adding new missile tube sections, which would allow an additional 28 Tomahawks.

Construction on these new sections was originally slated to begin in 2019, but the Navy is evaluating whether that timeframe can be expedited.

Most of the Virginia-class vessels have 12 individual 21-inch diameter vertical launch tubes. Models currently under construction are instead being built with two launch tubes that measure 87-inches in diameter, and will house 6 missiles each.

The upgrades will add even more of these wider tubes.

"With the Virginia Payload Modules, we’re adding a body section that will house four additional Virginia Payload Tubes," Goggins said. "That will allow you to go from 12 to 40 Tomahawks – that is the main driver or requirement for this new module."

These larger launch tubes can also accommodate larger artillery, and will leave room for any future artillery which could be developed.

"We will have flexibility to house a range of weapons that were too big to fit in our existing VLS tubes. We have inherent flexibility," Goggins said. "As new payloads become available and as the demand and threat environment change – we will have the flexibility to adapt future payloads."

All in all, the Navy plans to expand its heavily armed, Virginia-class fleet to 51 ships by 2033, costing in excess of $14 billion.

One explanation for this massive overhaul in naval capabilities, aside from the retiring of the Ohio-class, could be traced back to comments made by Rear Admiral Joseph Tofalo, director of undersea warfare, during the Sea, Air and Space Exposition last April.

"There are two countries on the planet today with a new [fleet ballistic missile submarine] in the water and sea based missiles being flight tested," he said. "Neither of those countries are the United States – they are China and Russia."