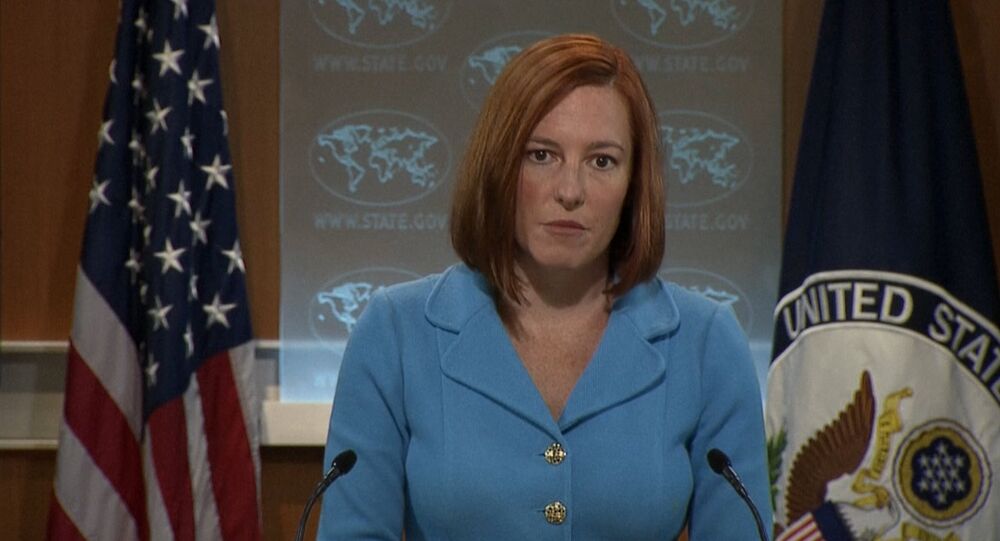 Jen Psaki's political logorrhoea on Crimea: “Yeah. No, I, but, I’m not also talking about back then."

Jen Psaki, the spokesperson for the US Department of State, said Russian troops that were stationed in Crimea at Russian military bases, legally with the permission of the Ukrainian government, occupied the peninsula prior to the referendum.

Matthew Lee, a reporter from AP, asked Psaki to clarify how could Russian troops “occupy” Crimea by simply sitting at their bases without forcibly seizing or taking over anything.

© Sputnik
Oops! She Did It Again: Psaki Sensed ‘Russian Propaganda’ in Film About Crimea Without Watching It
Psaki attempted to parry the question with her statement that the Russians were training and sending military equipment to Crimean residents, only to realize that Crimea was not in eastern Ukraine.

“Oh, you’re talking about in eastern Ukraine now, not Crimea,” Lee tried to correct Psaki. After that the spokesperson for the US Department of State got totally lost and replied with incoherent series of words.

“Yeah. No, I, but, I’m not also talking about back then.” – Psaki said, adding that she had no further comments on Crimea.