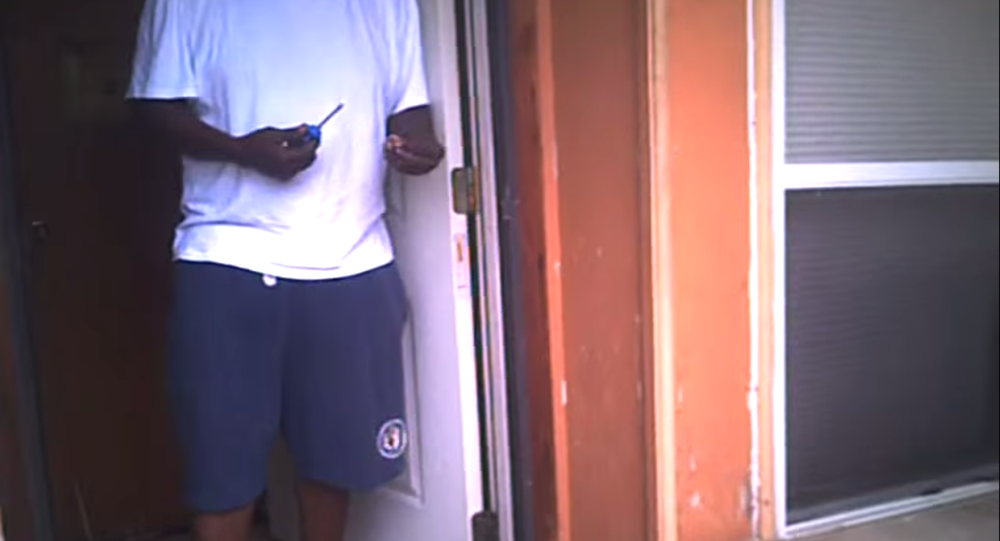 When Jason Harrison’s mother opened the door after calling 911, she was expecting police officers to help her son, not kill him.

Harrison, 38, was shot dead by Dallas police on June 14, 2014 for refusing to stop twiddling a screwdriver.

In police body cam video released by his family, Harrison’s mother is shown opening the door for the officers and telling them "He’s off the chain," then saying "bipolar schizo," as she walks out with her son behind her.

One of the officers is then heard yelling, "Can you drop that for me? Drop that for me," as Harrison walks out of the door twiddling a screw driver. The cop fires several shots at him, killing him within seconds.

© Fotolia / Dominik Herz
White Police Officer Kills Unarmed Naked African-American in Atlanta
Police say they shot Jason out of fear for their lives, because had "lunged" at them. However, the video doesn’t show a lunge.

Harrison’s family filed a federal civil rights lawsuit against the city and the two officers in October, arguing that Jason did not pose a threat, reported the Dallas Morning News.

Dallas officers involved in the incident, John Rogers and Andrew Hutchins, have returned to active duty.

The case was forwarded to the Dallas County District Attorney’s office for further investigation and referral to a grand jury, according to Dallas Police Department spokesperson Lieutenant Jose Garcia.