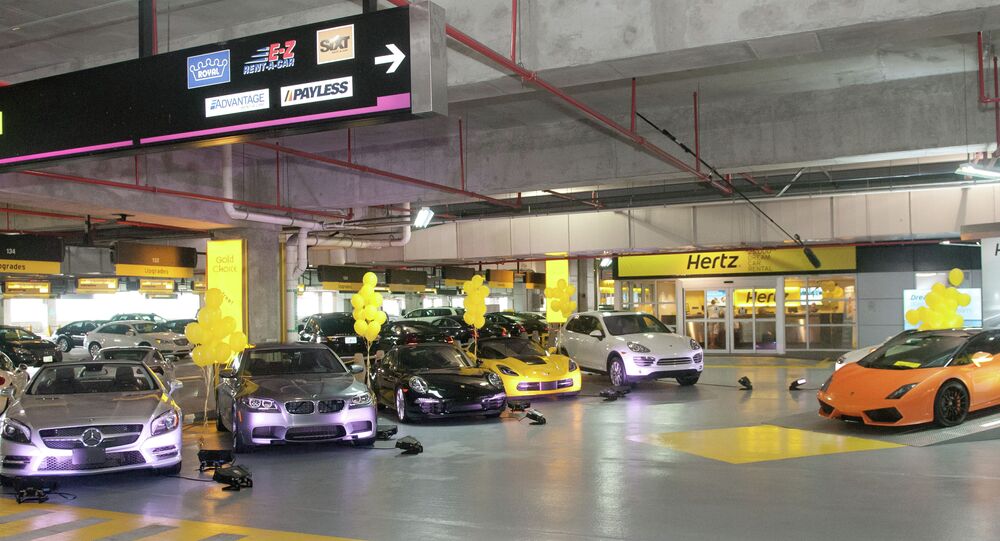 For years, car rental company Hertz has been installing the NeverLost – an optimistically-named navigational device – inside of its vehicles. But the newest model has a curious feature: a camera. For a slew of creeped out customers, the company’s insistence that it doesn’t plan to use the cameras offers little comfort.

It has a small, nondescript presence in the car. A clear square next to the NeverLost’s volume control. But that tiny camera has a full view of a car’s interior, and it is installed in one out of every eight Hertz rental cars.

"The system can’t be turned off from what I could tell," one customer wrote on the travel forum FlyerTalk. "I find this to be completely unacceptable."

Many customers would agree. Despite some fellow FlyerTalk users suggesting that placing a piece of chewed gum over the lens should solve any privacy concerns, many others have expressed outrage over what appears to be a very intrusive new business model.

Youtube/hertzneverlost
The small camera is positioned just to the right of the volume button.

But the ever mindful Hertz Corporation has an answer for its customers’ privacy concerns: don’t worry about it.

"Hertz added the camera as a feature of the NeverLost 6 in the event it was decided, in the future, to activate live agent connectivity to customers by video," spokesperson Evelin Imperatrice told Fusion. "The camera feature has not been launched, cannot be operated and we have no current plans to do so."

In fact, Imperatrice insists that Hertz couldn’t watch its customers eat Nacho Cheese Doritos and sing along to Drake even if it wanted to.

© AP Photo / Elaine Thompson
We Deliver Spying? Mysterious Hidden Camera Found at US Post Office
"We do not have adequate bandwidth capabilities to the car to support streaming video at this time," she said. An admission perhaps too embarrassing to make up.

Still, whatever the company’s intentions, the idea of being potentially monitored by an all-seeing eye without knowing who’s on the other end makes many uncomfortable. Even if customers have an unshakable trust in Hertz, no company can guarantee that such cameras won’t be used inappropriately by wayward employees, criminal hackers, or even government intelligence.

It was revealed earlier this month that the CIA has, for years, been actively trying to break through Apple’s encryption software.

"Spy’s gonna spy," Steven Bellovin, former chief technologist for the US Federal Trade Commission, told the Intercept. "I’m never surprised by what intelligence agencies do to get information."

That kind of attempted breach into consumer privacy has left many skeptical of corporations’ ability to secure their data.

© Flickr / Jake
Snowden Docs: CIA Tried to Hack Apple for Years
Several other companies have also faced legal challenges to their own use of cameras. In 2012, rent-to-own computer company Aaron’s Inc. came under fire for failing to warn customers that its laptops had been fitted with spyware. In the event of a missed payment, the computer’s camera would activate and monitor its surroundings for location tracking. The hijacked webcam unknowingly recorded customers’ lives, in some cases taking photos of “couples engaged in sexual activity,” according to a FTC press release.

Even more relevant to the Hertz case was a move by Chevrolet last year, who installed cameras in many of their models so that customers could monitor valets. This proved problematic, since filming individuals within a car without their consent is illegal in some states.

Whatever the reason, the revelations of Edward Snowden, which revealed the extent of the government’s spying program, have left many wary of surveillance. Hertz may need to rethink its camera policy, even if it is just trying to find the guy who keeps spilling Diet Coke all over their beige cloth seats.