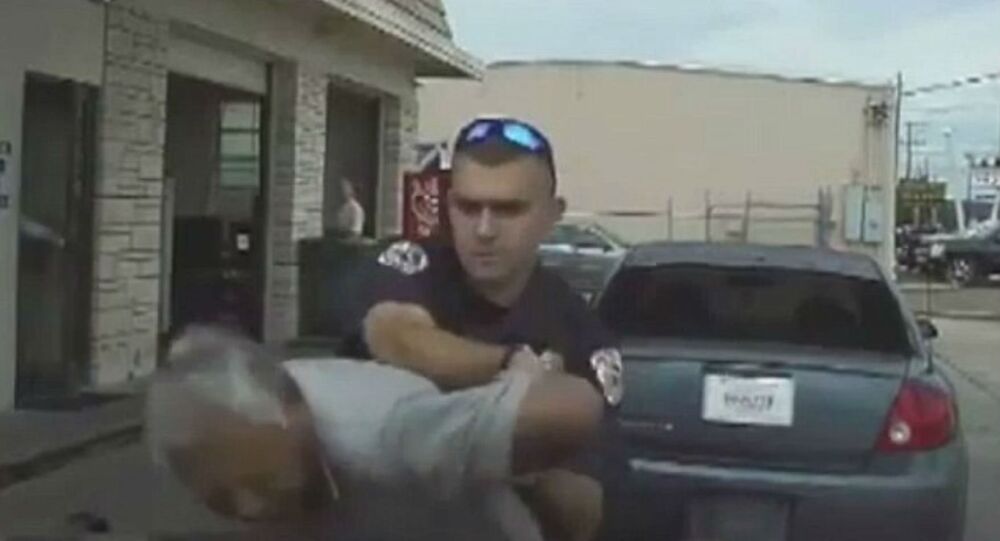 When Vasquez told the officer that he was driving a vehicle with a dealer’s tag, which didn’t require a current sticker, Robinson slammed him onto the hood of the police car, then to the ground and tased him twice. Vasquez was handcuffed and taken to a hospital but was never cited for any crime.

The Victoria Police Department found that Robinson violated three department policies, including Conduct and Performance, Use of Force, and Arrest without a Warrant and he was fired. Criminal charges were then filed.

However, Robinson soon hired an attorney in an effort to get his job back.

Greg Cagle, an attorney for Texas Municipal Police Association (TMPA), argues that Vasquez kicked the officer, prompting him to use the stun gun on the old man and arrest him.

"There's nothing unreasonable at all about that level of force," said Cagle. “Vasquez wasn't injured. He scratched his elbow and hurt his feelings, but those aren't injuries in the constitutional sense."

Victoria Advocate
Officer Who Tased 76-Year-Old During Traffic Stop Wants Job Back (VIDEO)
The failure of the indictment may help Robinson make his case to be rehired.

It was former New York state Chief Judge Sol Wachtler who famously said that a prosecutor could persuade a grand jury to “indict a ham sandwich.” The data to back up the statement is overwhelming. In 2010, U.S. attorneys prosecuted 162,000 federal cases and grand juries declined to return an indictment in only 11 of them, according to the Bureau of Justice Statistics.

It seems that cases that involve police officers, however, often stand in stark contrast. Grand juries declined to indict the officers who choked Eric Garner to death; Darren Wilson, the officer who shot Michael Brown in Ferguson; and now the tasing of a 76-year-old Hispanic man.