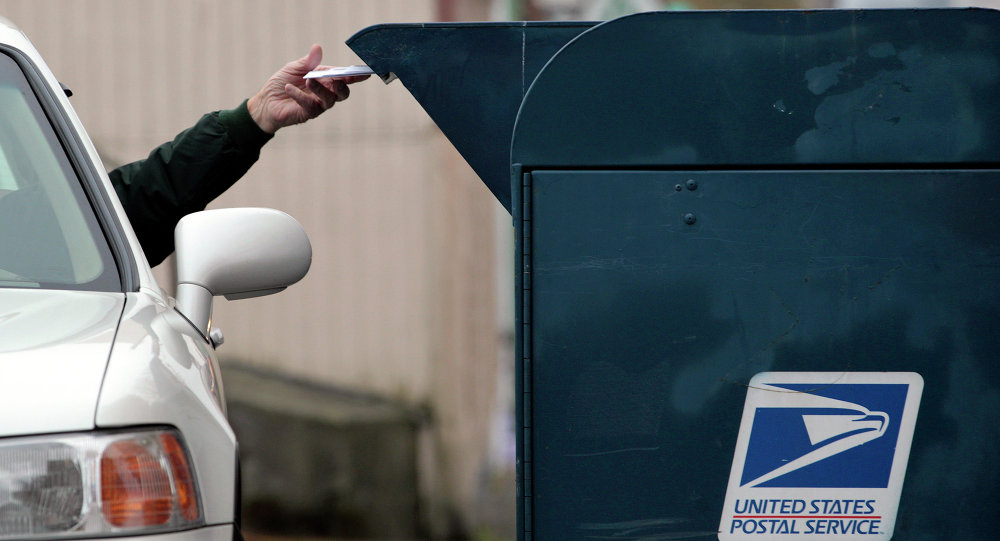 In this age of digital surveillance, it’s hard to believe that more old-school methods still exist. But a mysterious incident in Colorado may prove that the US Postal Service maintains its own surveillance program. After reporters discovered a hidden camera outside of a Denver-area post office, it was quickly, quietly, and inexplicably removed.

While it may sound like a conspiracy worthy of a Thomas Pynchon novel, the US Postal Service appears to run its own intelligence operation. An investigation by FOX31 Denver uncovered a camera outside of a post office in Golden, Colorado. It was positioned in such a way that the lens could "capture and record the license plates and facial features of customers."

What’s even stranger is that the camera was disguised as a utility box.

Even stranger still, that entire box was ripped from the ground only an hour after being discovered by the reporters.

Screenshot/FOX31
The camera was disguised as a utility box.

The question remains: why? While the USPS is indeed responsible for investigating mailbox vandalism and mail fraud, there is no known explanation for why it should be interested in spying on the daily activities of its customers.

According to FOX31, managers of the Golden Post Office were completely unaware of any surveillance operation, and that the hidden camera was "not part of the building’s security monitoring."

Perhaps the camera was installed on the part of local law enforcement. Pamela Durkee, a US Postal Inspector, told reporters that "[WE] do not engage in routine or random surveillance. Cameras are deployed for law enforcement or security purposes, which may include the surveillance of our facilities, the safety of our customers and employees, or for criminal investigations."

© Photo : Pixabay
Above the Law? UK Spies Accused of Snooping on Lawyer-Client Talks

But no criminal search warrants filed within the city, county, or even federally, made any mention of Golden Post Office’s hidden camera.

Multiple Freedom of Information Act requests also revealed no answers. The Postal Service, Postal Inspection Service, and the Office of the Inspector General have all failed to provide any information on the scale of the surveillance program.

"Part of being a responsible, constitutional government is explaining why it is doing surveillance on its citizens," Lee Tien, of the Electronic Frontier Foundation, told FOX31. "The idea that we give up that privacy simply because we use the US mail is, I think, a silly idea."

For the EFF, this is the latest example of a government that has become far too comfortable with unwarranted spying. The documents released former contractor Edward Snowden revealed the extent of the National Security Agency’s domestic spying program, which collects massive amounts of metadata on Americans.

Last November, the USPS was forced to admit that a cybersecurity breach had compromised a server which stored data on 2.9 million of its customers. This data included names, addresses, phone numbers, and email information. The hack also jeopardized the personal information of 800,000 postal employees.

So the trail seemed to run cold. The camera was confiscated, shuttled off to an unknown location. Postal officials either knew nothing of the surveillance operation or denied their involvement. But FOX31 investigators did locate a company in California, Hop-On Incorporated, which claims to have sold "consumer surveillance systems" to the USPS.

But that company, true to form, has refused to elaborate.