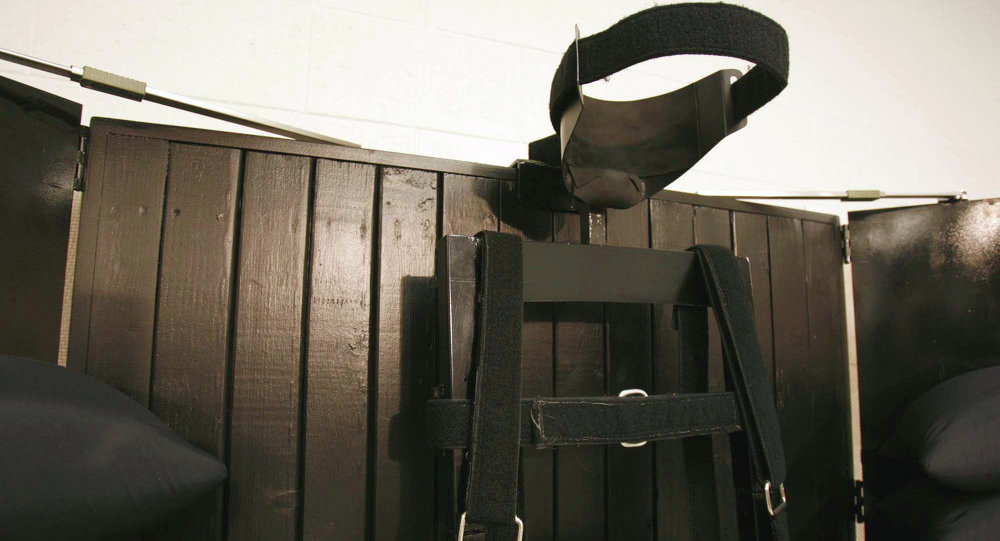 Utah Department of Corrections Public Information Officer said that the US state of Utah prisons try to protect the identities of individuals assigned to firing squads that carry out inmate executions.

“A firing squad consists of five individuals who are certified law-enforcement officers selected by the [Utah] Department [of Corrections]. Their identities are protected and kept anonymous,” Adams said on Thursday.

“The squad is stationed behind a gun-ported brick wall and cannot be seen by the condemned or by witnesses,” Adams added.

Adams explained that four members of the execution squad use weapons with live rounds and one carries a blank.

Utah passed a law in 2004 banning firing squads, although it did not apply retroactively to inmates that were already on death row, according to the DPIC, which is why the last execution by firing squad took place in 2010.

On Tuesday, the Utah legislature passed a bill 18-10 that would allow executions to be carried out by firing squads if lethal injection chemicals are unavailable. Utah’s governor must sign the bill in order to become law.

A lack of supply of lethal injection chemicals in the marketplace is being driven by pharmaceutical companies who are fearful of selling them because of potential legal liability issues.

Utah Lawmakers Vote to Permit Use of Firing Squad for Executions