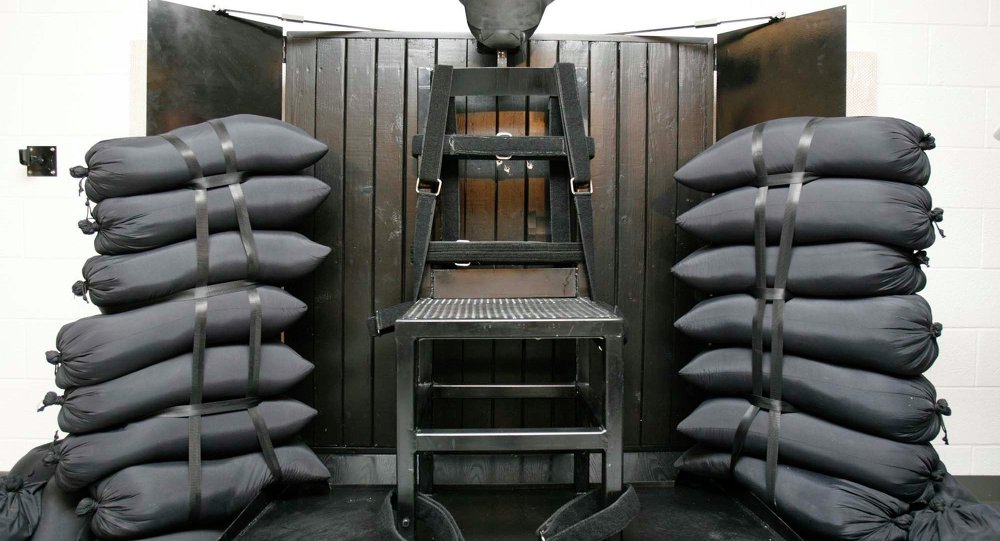 US Senator Orrin Hatch claims that the US state of Utah's decision to bring back executions by firing squads may be more merciful than the controversial use of lethal injections.

WASHINGTON (Sputnik) — The US state of Utah's decision to bring back executions by firing squads may be more merciful than the controversial use of lethal injections, US Senator Orrin Hatch told Sputnik.

In some ways it may be more human than what has happened with some of the people injected,” Hatch said on Thursday.

Hatch added that he is becoming “increasingly more concerned about capital punishment [and] if we can solve the problem of how it can be done without incident, without difficulty.”

The US Senator from Utah, who supports capital punishment only in rare cases, explained that recent incidents of individuals struggling and suffering after receiving a lethal injection is one reason they have turned to firing squads.

© AP Photo / Trent Nelson, Pool, File
Political Motive Behind US Utah Bill to Restore Firing Squad Execution
Laws passed in the state legislature are ultimately the prerogative of that governing body, Hatch explained. “Whatever they decide they’re going to do, I’m not going to interfere.”

Still, Hatch said he remains concerned about the issues of capital punishment, something he says should be used “very, very sparingly” and “only when it’s fair.”

Earlier this week Utah lawmakers voted to authorize the use of firing squads for the executions of death row inmates if the state cannot obtain lethal injection drugs. The law will make Utah the only state in the United States allowing the death penalty to be carried out by a firing squad.

Lethal injections have come under increased scrutiny following a botched injection case in Oklahoma and a case in Arizona where the condemned man took almost two hours to die.

Utah Lawmakers Vote to Permit Use of Firing Squad for Executions