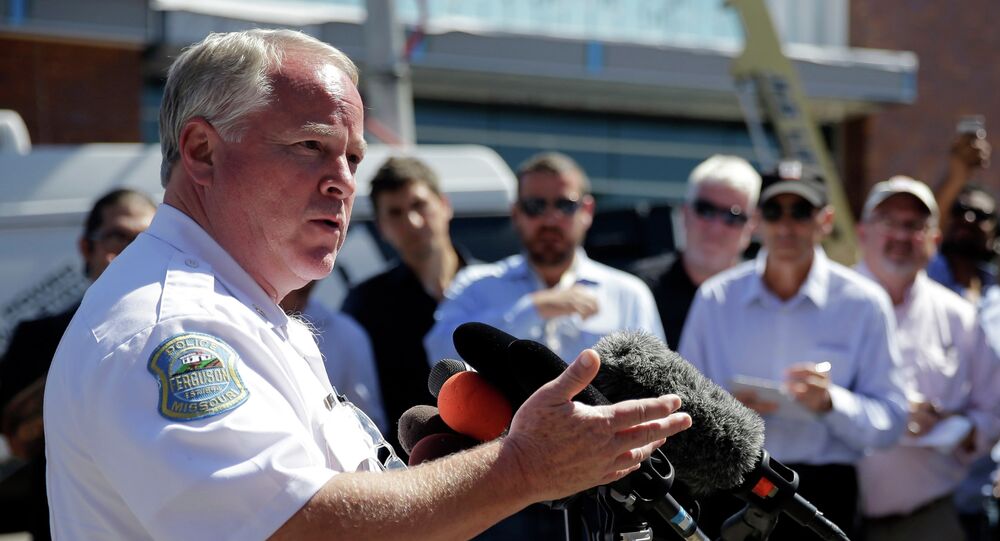 After months of protests and a damning federal report on his department's practices, Ferguson Police Chief Thomas Jackson has stepped down from his position.

Jackson will remain in his position until March 19, when Lt. Col. Al Eickhoff will take over as the acting police chief. The "mutual separation agreement" reached with the city will include severance and health insurance for one year, according to the Associated Press.

This is the second major resignation in Ferguson, Mo recently, as City Manager John Shaw resigned on Tuesday.

Both Shaw and Jackson had been named in a Justice Department report on the Ferguson police's tactics which found systemic racial discrimination at work in police targeting of African-American citizens for arrests and ticketing.

The report found that the department's practices violated the first, fourth and fourteenth amendments and treated citizens as "sources of revenue," disproportionately burdening black residents and the poor.

When Jackson was asked if he would be leaving the department after the release of the report, he had replied "I'm gonna take action where necessary."

Many leaders in the Ferguson community and members of wider protests movements had called for his removal, deeming it a necessary step in healing the rift in the community since the August 9 shooting of unarmed black teenager Michael Brown by a white Ferguson police officer.

An editorial in the Washington Post on Wednesday called Jackson "a stunningly inept police chief who should have been fired ages ago."