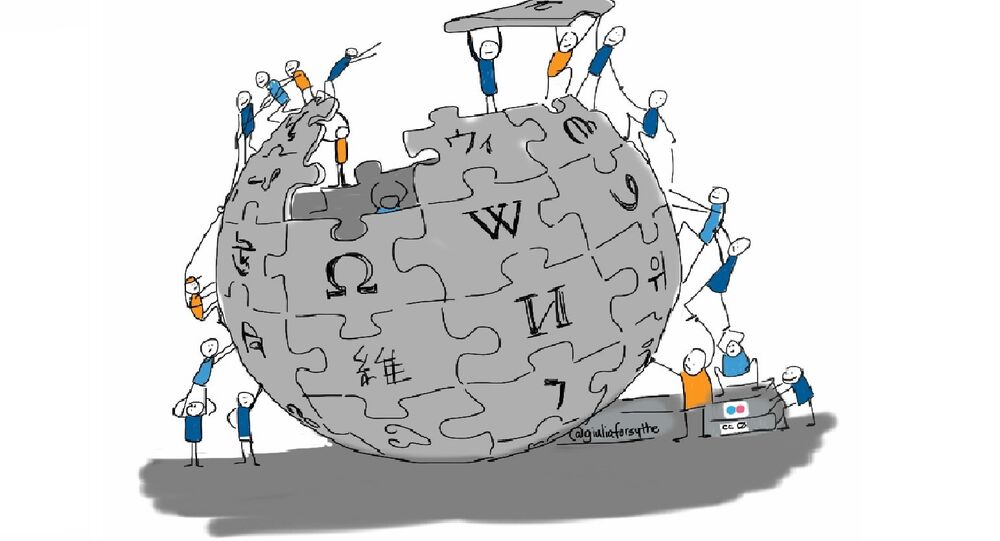 On Tuesday, the non-profit Wikimedia Foundation will file a lawsuit against the NSA and the US Department of Justice. The suit argues that the agency’s Upstream collection program violates not one, but two constitutional amendments.

© Flickr / identity chris is
Man Sets Out To Fix Every Single Instance of Mistake on Wikipedia
Upstream surveillance operates under the FISA Amendments Act, giving the NSA the authority to spy on any communications with foreigners abroad. While that practice remains problematic in its own right, the even larger issue is that the NSA then monitors all Americans to discover who is communicating with these foreign targets.

This, for Wikipedia, is a gross stretch of authority.

Firstly, Wikipedia will argue that the US government’s sweeping of the Internet violates freedom of speech.

“Wikipedia is founded on the freedoms of expression, inquiry, and information,” Lila Tretikov, executive director of Wikimedia, wrote. “By violating our users’ privacy, the NSA is threatening the intellectual freedom that is central to people’s ability to create and understand knowledge.”

The suit will also argue – perhaps even more convincingly – that online mass surveillance violates the Fourth Amendment, which protects against unreasonable searches and seizures.

Wikimedia isn’t going after the government alone. Eight other organizations are filing the lawsuit, including Amnesty International USA, Human Rights Watch, and The Nation magazine. They will be represented by the American Civil Liberties Union.

“The surveillance affects virtually every American who uses the Internet to connect with people overseas – and many who do little more than email their friends or family or browse the web,” the ACLU wrote in its own blog post.

“We are asking the court to order an end to the NSA’s dragnet surveillance of Internet traffic,” Wikipedia founder Jimmy Wales wrote for the New York Times.

© AP Photo / New Zealand Herald, Tim Cuff
Snowden Docs: New Zealand Collects ‘Full-Take’ Data for NSA, 'Five Eyes'
The NSA’s mass surveillance program was unveiled by former contractor Edward Snowden in 2013. “When the 2013 public disclosures about the NSA’s activities revealed the vast scope of their programs, the Wikimedia community was rightfully alarmed,” the blog post reads, and it expresses a sentiment felt by many.

The revelations also affected a number of tech companies, who have suffered business losses after many customers became wary of their cooperation with the government. As the ACLU notes, even companies who fought back against government spying “had to go out of their way to take measures, sometimes at a high cost, to protect their communications from their own government.”

“Wikipedia is the largest collaborative free knowledge resource in human history,” Wikimedia writes. “It represents what we can achieve when we are open to possibility and unburdened by fear.”

Surprising, but perhaps necessary, that a tech company should remind the US government about the true purpose of a democracy.