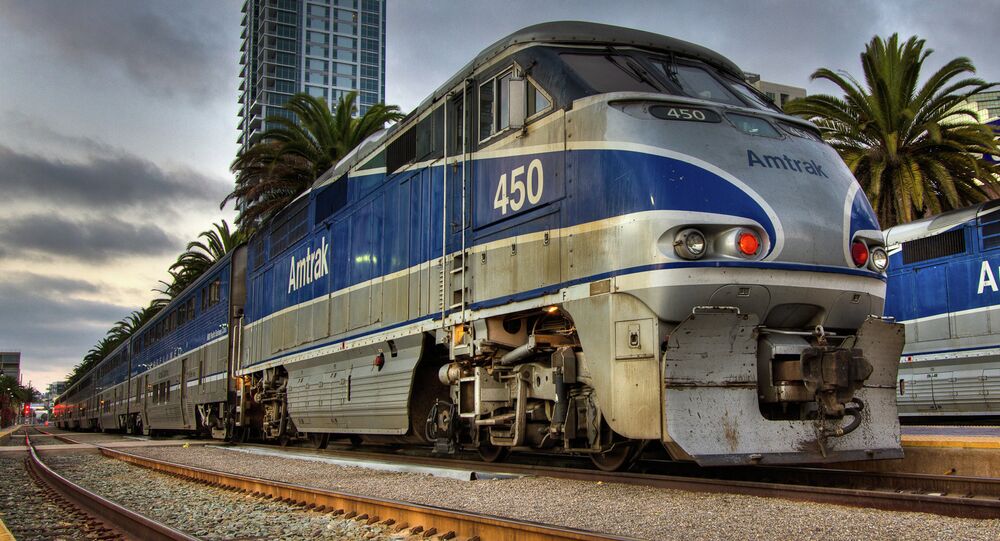 US Railroad Administration to Investigate Train Derailment in N Carolina

The US Federal Railroad Administration stated that investigators were on the way to Halifax, North Carolina to probe an Amtrak train derailment that left 40 passengers injured.

Governor: 4 Dead, 63 Hurt in New York Train Derailment
WASHINGTON (Sputnik) — An investigative team is on the way to Halifax, North Carolina to probe an Amtrak train derailment that left 40 passengers injured, the US Federal Railroad Administration (FRA) said in a statement.

“We have a team of investigators en route to the scene,” the statement, issued on Monday, said. “Once the scene is cleared of emergency response personnel, the FRA will begin conducting a thorough investigation to determine the probable cause of how and why this highway-rail grade crossing was fouled.”

The New York City-bound Amtrak train collided with a truck about noon on Monday. Twenty-five people injured in the incident were taken to the Halifax Regional Medical Center by bus and 15 by ambulance, US Department of Transportation officials said.

“Recent accidents like this one are stark reminders of our shared challenge to both educate the public about grade crossing safety, and to enforce appropriate behavior around railroad operations,” the FRA added.

A similar train crash killed six people in the US state of New York in February, when a commuter train carrying about 650 passengers struck a Mercedes-Benz vehicle.

About 2,000 collisions take place annually at rail-grade crossings nationwide, according to the awareness group Operation Lifesaver that works to change people’s behavior around railroad tracks and crossings.