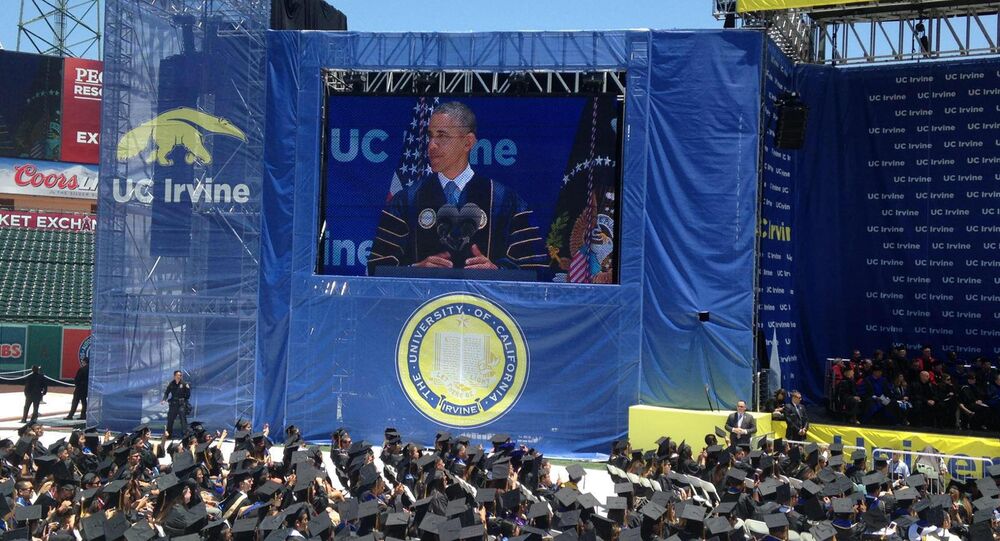 The student council of the University of California at Irvine passed a bill banning the display of national flags in the common of the student government. This includes the American flag.

The measure was passed by six undergraduates and blasts national flags as promoting “a wide range of cultural significance” some of which many might see in a negative light.

“Whereas flags are typically viewed as patriotic symbols of a single nation, are often associated with government and military due to their history and have a wide variety of interpretations,” it reads.

It goes on the specifically identify the American flag for having “flown in instances of colonialism and imperialism.”

“Whereas a common ideological understanding of the United states includes American exceptionalism and superiority,” they wrote.

UC Irvine just banned the American flag from being displayed because it's "insensitive". I'll just leave this here. pic.twitter.com/0QJMfSPhUR

The Executive Cabinet of the school's student government is meeting today to discuss vetoing the bill, Associated Students of UCI President Reza Zomorrodian said in a statement.

"I stand firmly against this piece of legislation, though I understand the authors intent and supporters intent, I disagree with the solution the council has come to," Zomorrodian said.

If it is vetoed, it will be returned to the council which can override the veto by a two-thirds vote.

If they do, the American flag along with all other national flags will be banned from any common areas of the student government offices. The rest of the campus will not be affected.