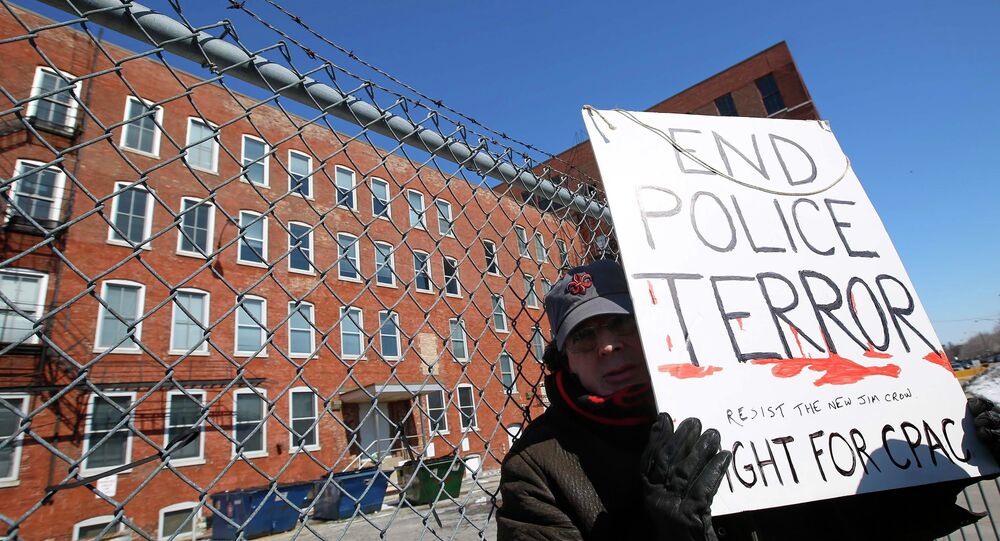 Abusive interrogations have not only been occurring at the Homan facility, but have been identified and raised by lawyers for years, but the city has done nothing, Chicago Committee to Defend the Bill or Rights told Sputnik.

"It's a hot issue now because the current mayor is up for reelection in a few weeks and he has not been willing to make any statement about the situation at Homan. Neither the hiding of arrestees nor the potential torture in the interrogations," Donald Goldhamer, Chicago Committee to Defend the Bill or Rights treasurer, said Friday.

In February, the Guardian reported that the CPD operated a "domestic black site," similar to CIA interrogation sites overseas, in Homan Square on the city's West Side. There, police reportedly abused detainees, some of whom would disappear for days.

© REUTERS / Jim Young
Chicago Police Violated UN Torture Convention at 'Black Site' - Attorney
Emmanuel's resistance is nothing new, according to Goldhamer, given that several Chicago mayors refused to acknowledge CPD abuses in the past due to an unwillingness to alienate the police force, one of the city's most powerful institutions.

Goldhamer said abusive interrogations have not only been occurring at the Homan facility, but have been identified and raised by progressive lawyers for years, but the city has done nothing.

"Police hiding of arrestees has been looked at and discussed with the [Chicago] police department, the superintendent, and the police board, but these efforts have not had an effect," Goldhamer concluded.

© REUTERS / Jim Young
US Libertarian Party Urges Media Coverage of Chicago’s 'Black Site'
The CPD has denied its involvement in the alleged abuses and detentions at Homan Square.

More than 100 minorities in Chicago have been tortured between 1972 and 1991, according to Amnesty International USA.

Jon Burge, then-Chicago police chief, was released last month after serving less than four years in prison for perjury and obstruction of justice. Burge was never prosecuted for torture.