Protesters to Take to Streets in Chicago, LA Over 'Black Site' Violence

On Saturday, several human rights groups will take to the streets of Chicago and Los Angeles condemning the alleged torture applied by the Chicago Police Department. 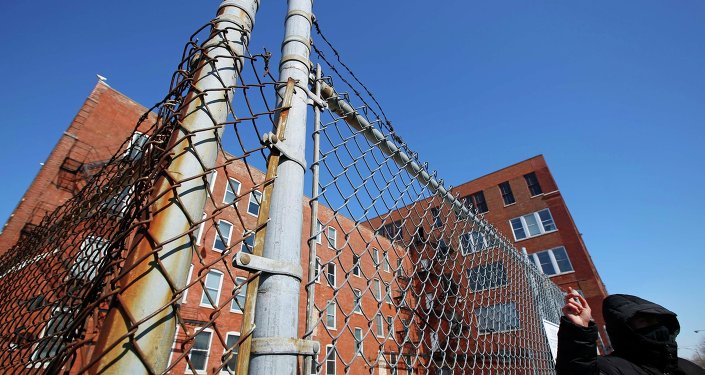 "The coalition of organizations will come together on Saturday at 3 p.m. [21:00 GMT] for a peaceful and productive rally on Homan Square," one of organizers Billy Mills told Sputnik.

CPD reportedly operates a secret interrogation compound at the Homan Square warehouse, where techniques allegedly include beatings, prolonged shackling and denying detainees legal counsel. CPD, however, said that they have been abiding by laws, regulations, and rules.

Jacob Church, the activist who originally shed light on the abuses at Homan Square, will be attending the rally in Chicago as the rally's official guest speaker, according to Chicago Anonymous' Facebook page.

Chicago Anonymous' demands include a public inspection of Homan Square and a special meeting for Chicagoans to ask questions of supervising CPD about what happens in Homan Square.

A similar rally will be held on Saturday by the American advocacy group #Gitmo2Chicago in Los Angeles, California to bring attention to the problem.

© REUTERS / Jim Young
US Press Fails to Show Up at Chicago ‘Black Site’ Protest - Advocacy Group
"With the recent reports that activists are being held in a secret prison in Chicago, Illinois, without the slightest possibility of contact from the outside world. Some fear this may be a ripple effect caused by the National Defense Authorization Act (NDAA)," Abby Temple, spokesperson for #Gitmo2Chicago, said.

She added the NDAA allows local police departments as well as the US military to detain Americans indefinitely should the state label them a "homegrown terrorist."

On Thursday, the Chicago Alliance Against Racist & Political Pressure led a protest in Chicago, which was only covered by the foreign press. On Wednesday #Gitmo2Chicago led an anti-black site rally in Asheville, North Carolina.