Five panel Democrats said that the Chairman of the US House Select Committee on the 2012 terror attacks in Benghazi Trey Gowdy should publish Hillary Clinton’s e-mails and withdraw an official subpoena for them.

WASHINGTON (Sputnik) — The Chairman of the US House Select Committee on the 2012 terror attacks in Benghazi Trey Gowdy should publish former US Secretary of State Hillary Clinton’s e-mails and withdraw an official subpoena for them, five panel Democrats said in a letter to Gowdy.

"We urge you to withdraw the ill-considered subpoena — whose issuance to a cooperating witness served only to highlight the increasingly partisan nature of the Committee's focus — and to immediately publish the Secretary's emails in their entirety, as she has requested,” the letter, sent on Friday, said. 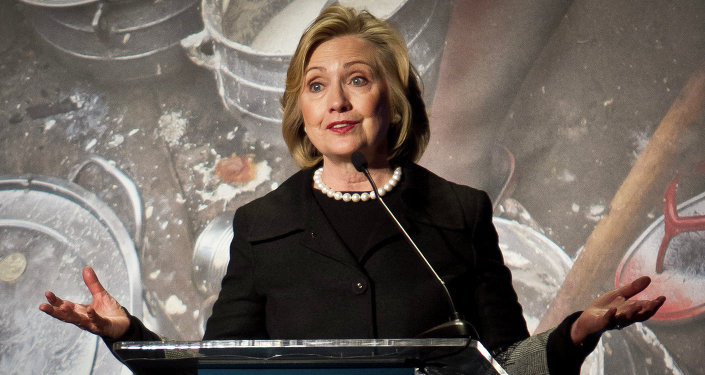 © AP Photo / Bebeto Matthews
Hacker Finds Hillary Clinton Used Numerous Private E-Mail Addresses During Tenure
On Thursday, Clinton asked the US Department of State to release e-mails she wrote during her tenure as Secretary of State. The request came amid allegations that she used her personal e-mail address for department-related business.

“Allowing these emails to be made public will help clear up any misperceptions and will also help return the Committee to its original purpose, investigating the tragic events in Benghazi, rather than allowing it to become a surrogate for the Republican National Committee,” the letter said.

On Tuesday, the Select Committee spokesperson Jamal Ware said the panel issued a subpoena for all of Clinton’s communications related to the Libya attacks.

US Republican lawmakers claim that the State Department and the White House did not send military back-up to the besieged diplomats in Benghazi to avoid admitting that the attack was mounted by al-Qaeda-backed terrorists. The US President Barack Obama administration had said it decimated the terrorist network with the killing of Osama bin Laden in 2011.

Clinton took responsibility for mistakes made in the aftermath of the attacks, but rejected accusations that the Obama administration had tried to mislead Americans.

Many Democrats claim the multiple congressional hearings on the Benghazi attacks are aimed at discrediting Clinton, who is seen as a strong Democratic candidate for the US presidency in 2016.