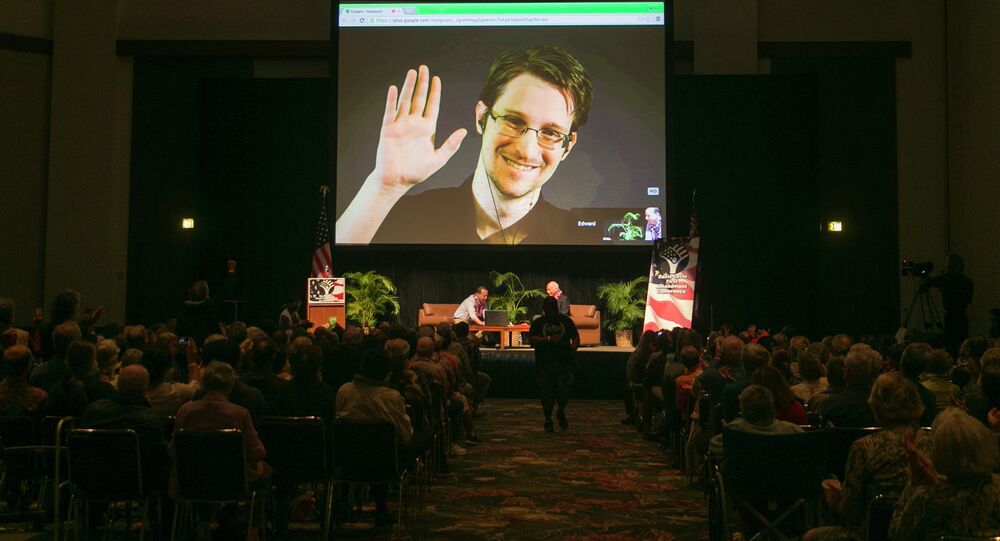 Edward Snowden: 21 Countries Refused Me Asylum Under US Pressure

Before becoming an NSA contractor, Edward Snowden worked as a CIA undercover agent in Geneva. On Thursday, he said he would love to return there, but believes US pressure is preventing Swiss asylum, just as it has kept him from entering 20 other countries.

During a Geneva screening of “Citizenfour” – the Oscar-winning documentary about his role in revealing the US government surveillance program – Edward Snowden made a surprise appearance. But instead of attending in the flesh, the audience saw Snowden the same way we’ve all been forced to: via live video link from Moscow.

“I would love to return to Switzerland,” Snowden told the audience of the International Film Festival and Forum on Human Rights. “Some of my favorite memories are from Geneva. It’s a wonderful place.”

Russia remains one of the only countries that will provide asylum for the whistleblower, but Snowden expressed interest in the symbolic nature of living in a historically nonpartisan nation.

© Flickr / James Cridland
The Geneva skyline, where Snowden served undercover for the CIA.

“I do think Switzerland would be a sort of great political option because it has a history of neutrality,” he said.

Since the US put a hold on his passport, Snowden has applied for sanctuary in 21 countries, “the majority in central and Western Europe,” but, “unfortunately no country said yes.”

Snowden blames these rejections on “political interference” by the White House.

Still, in 2014, a Swiss government prosecutor put forth the notion that Snowden could be guaranteed safe passage if he agreed to help identify US spying operations in the country. A document obtained by Reuters said the Swiss would not extradite Snowden to the US, but would also not grant political asylum.

“Switzerland still has an active US espionage presence,” Snowden said Thursday. “I think that is true of other countries as well.”

On Tuesday, Snowden’s lawyer, Anatoly Kucherena, said that his client would also like to return home, but would only do so if he was promised a fair trial. Kucherena has since received a letter from the US attorney general, promising only that Snowden would not be given the death penalty.

“Unfortunately, now [Snowden’s case] is considered in a political framework and all the [US] invectives against him testify that a fair and just trial for him in the United States is impossible,” Kucherena told RIA Novosti on Wednesday.

Snowden also addressed the necessity for a fair trial during Thursday night’s screening.

“The only thing they have said at this point is that they would not execute me, which is not the same as a fair trial.”

The “Citizenfour” screening was also followed by a debate on the merits of Snowden’s appeals.

“Edward Snowden is without a doubt a whistleblower and someone who should be protected,” Sherif Elsayed-Ali of Amnesty International said. “He should not even be tried, because what he did was to expose government overreach and things that should not be happening.”