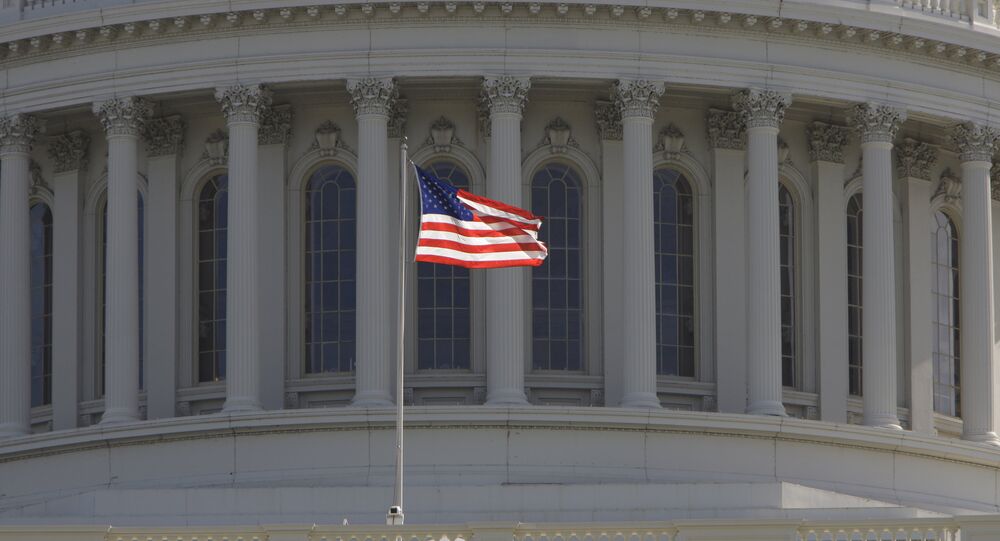 US Senate Republicans said that the US Senate must be given authority to approve or reject the nuclear agreement being negotiated between the United States, other members of the P5+1 group, and Iran.

WASHINGTON (Sputnik) — The US Senate must be given authority to approve or reject the nuclear agreement being negotiated between the United States, other members of the P5+1 group, and Iran, US Senate Republicans told Sputnik on Tuesday.

“Any deal with Iran needs to come through the process of an approval in the Senate,” Senator John Barrasso told Sputnik. “Any deal that President [Barack] Obama wants to come up with needs to be approved in Congress by the Senate.”

Barrasso expressed his views following Israeli Prime Minister Benjamin Netanyahu’s speech to a joint session of US Congress on Tuesday morning. Netanyahu requested in his speech that Congress use its oversight to reject a “bad deal” with Iran.

© AP Photo / Andrew Harnik
Netanyahu and the Terrible, Horrible, No Good Iran
Senator Marco Rubio told Sputnik that Netanyahu’s speech underlined the arguments for why the Obama administration’s nuclear deal “will be bad for the world, not just Israel.”

Rubio is a sponsor of new legislation that would require the US President to submit the agreement with Iran to the US Senate for approval. “[The bill] calls for congressional authorization of a deal and outlines what the parameters of an acceptable deal would look like,” Rubio said.

On Friday, the two leading senators on the US Foreign Relations Committee introduced legislation with bipartisan support that would give Congress the right to approve or reject any final agreement reached with Iran over its nuclear program.

Barrasso said he supports the legislation, but noted that Obama has already threatened to veto it. “He thinks he’s the one man band,” Barrasso added.

US Secretary of State John Kerry appealed to Congress this week to give the administration leeway to negotiate a deal with Iran.

The P5+1, comprising Germany, Russian, the United Kingdom, France, China and the United States, and Iran, are working towards a comprehensive political framework for a nuclear agreement this week in Vienna, ahead of the late March deadline imposed by negotiators.