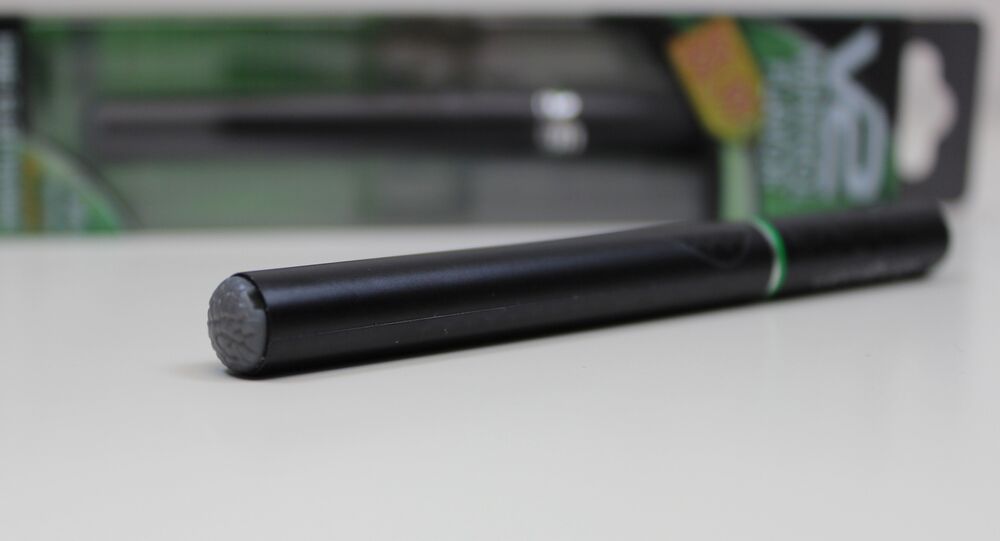 Teenagers from North Carolina could easily order electronic cigarettes online. The minors monitored, aged from 14 to 17, tried to order e-cigarettes 98 times, of which 75 orders were successfully placed, only five were rejected when verification of their age was sought.

© Flickr / Jonny Williams
E-Cigarettes Could Be Bad for Your Computer's Health: Report
MOSCOW (Sputnik) – Teenagers from North Carolina in the US incur, for the most part, no obstacles when buying electronic cigarettes online, even though selling them to the underage is illegal, a study published by JAMA Pediatrics medical journal revealed.

The minors monitored, aged from 14 to 17, tried to order e-cigarettes 98 times, of which 75 orders were successfully placed, only five were rejected when verification of their age was sought. 18 attempts failed due to websites crashing or payment issues, the study published on Monday showed.

"In the absence of federal regulation, youth e-cigarette use has increased and e-cigarette sellers online operate in a regulatory vacuum, using few, if any, efforts to prevent sales to minors," the report reads.

© AFP 2019 / JEAN-SEBASTIEN EVRARD
Tobacco Company Wants to Sell You Caffeine Now Cigarettes Sales Are Falling
The law adopted in North Carolina in 2013 prescribes that e-cigarettes' sellers must verify the age of their customers using a government database, but sill, up to 90 per cent of vendors are not law-abiding in this respect, a recent study by Rebecca Williams, University of North Carolina at Chapel Hill has found.

Previous reports by JAMA Pediatrics stated that regular use of e-cigarettes is increasing rapidly among adolescents all over the United States. E-cigarettes still contain a small amount of nicotine, and researchers claim that use of e-cigarettes does not discourage, but may encourage everyday cigarette use among minors, leading to addiction.

An e-cigarette was patented in 2004 as a means for giving up smoking without huge stress and abrupt withdrawal from nicotine. Four years later, the World Health Organization (WHO) stated that there was no evidence to confirm the safety of e-cigarettes and their effect on smoking cessation.