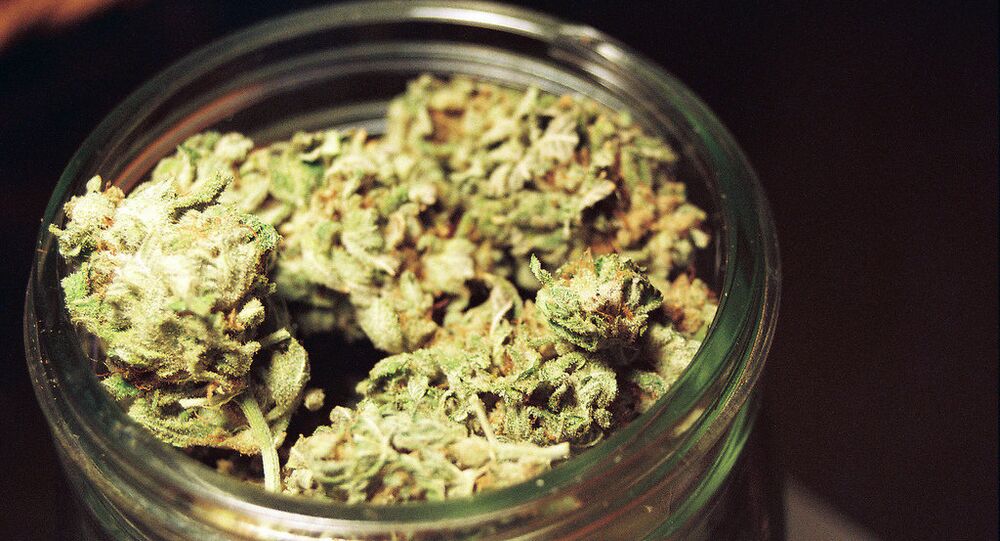 Too Obvious? Man with 'Not Weed' Container Cited for Pot Possession

The worst way to hide your weed just might be to put it into a container labeled “Not Weed.”

21-year-old Jordan Meier of Lincoln, Nebraska was arrested Saturday on suspicions of driving under the influence.

Police found 11.4 grams, just short of an ounce, of marijuana in a 16-ounce container labeled “Not Weed” under the passenger’s seat of his car, reported the Journal Star.

“We call that a clue,” Sheriff Terry Wagner told the paper.

Meier admitted it belonged to him, and he was charged with possession and fined $100.

According to the sheriff, the three other passengers in the car were sober.

You might be tempted to think that this kind of thing doesn’t happen too often. Surely, no one would fail so hard at hiding their narcotics, right?

We found some other tales that surprised us.

In 2011 a Venezuelan woman tried to smuggle cocaine from Colombia in her breast implants, Slate reported. Agents caught on rather quickly when they noticed bloody gauze and incisions on her breasts that were concealing a “white foreign material.”

In another poor attempt to hide a stash, in 2013 a California woman lied to the police about where her two children had drowned, in order to hide a small pot farm, according to the New York Daily News.

So maybe think twice before labeling that bag “Not Cocaine” or “Not Loaded Handgun.”