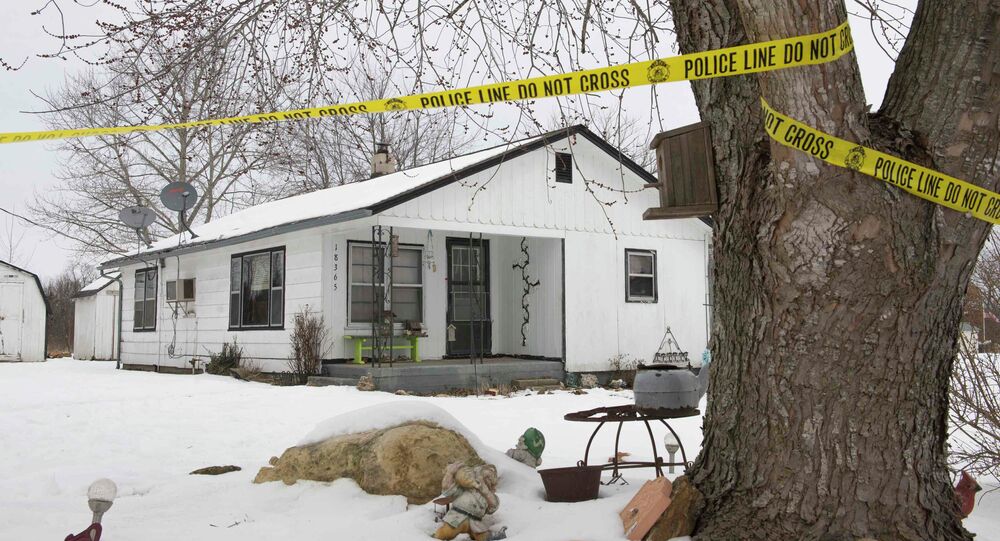 Three of the nine shooting spree victims in the south-central Missouri town of Tyrone have been identified by local police as family members, NBC reports.

MOSCOW (Sputnik) — According to the broadcaster, which cited investigators on Saturday, the three victims were Darrell Dean Shriver, 68, his daughter Carey Dean Shriver, 46, and his spouse Valirea Love Shriver, 44.

The gunman, believed to be Joseph Jesse Aldridge, 36, was found dead Friday inside a vehicle in what police described was an apparent suicide.

Brandon Anderson
Shooting Leaves Nine Dead in Missouri
The Missouri State Highway Patrol released the identities of four other shooting victims – Aldridge is believed to be their cousin – in a follow-up statement on Friday.

The body of Alice Aldridge, 74, who was Joseph's mother, was found at another residence that day, and authorities say she died of natural causes.

The Missouri highway patrol withheld the release of the Shrivers' identities on Friday "pending notification of next of kin".

Gun violence has become more frequent in the United States, with public shootings taking place every two months, according to Harvard research published in October 2014.