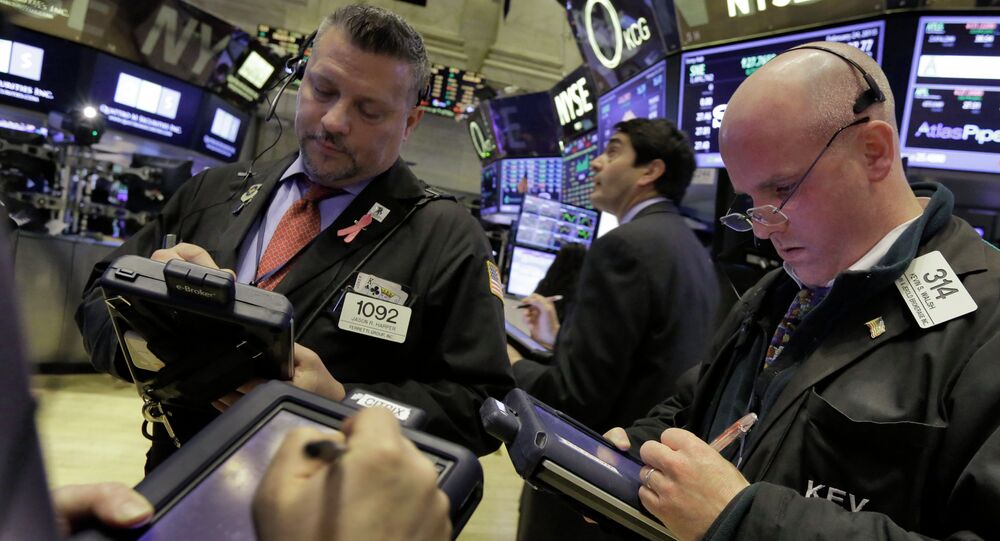 According to US Federal Reserve Vice Chairman Stanley Fischer, US Interest rates are expected to rise at some point in 2015 while the country’s central bank tries to normalize monetary policy in light of a large balance sheet.

WASHINGTON (Sputnik) — US interest rates are expected to rise at some point in 2015 while the country’s central bank tries to normalize monetary policy in light of a large balance sheet, according to US Federal Reserve Vice Chairman Stanley Fischer.

“Turning to policy normalization, the [US Federal Open Market Committee] and market participants anticipate that the federal funds rate will be raised sometime this year,” Fischer said in a press release on Friday. “We have for some years been considering ways to operate monetary policy with an elevated balance sheet.”

The Federal Reserve’s balance sheet assets have risen from $900 billion in 2006 to $4.5 trillion in 2015, going from six percent of Gross Domestic Product (GDP) to 26 percent of GDP, Fischer noted.

© Sputnik / Alexei Filippov
US Gross Domestic Product in 2014 Fourth Quarter Grew Less at 2.2 Percent
However, according to Fischer, policy tools are available to address this challenge, including ceasing to reinvestment principal payments on existing holdings, “when the time comes,” which will cause the balance sheet to “naturally decline.”

“The current high level of securities holdings will present some challenges for policy normalization, but we are confident that we have the tools necessary to remove accommodation at the appropriate time and at the appropriate pace,” Fischer said.

On February 24, US Federal Reserve Chairwoman Janet Yellen announced that interest rates would remain low at 0 to 0.25 percent with inflation running below two percent.

The Federal Reserve, also referred to as The Fed, is the central bank of the United States responsible for national monetary policy, setting interest rates and regulating banks. The Federal Open Market Committee (FOMC) is specifically charged under US law to oversee market operations, the main tool used to influence overall monetary and credit conditions, including meeting regularly to establish national interest rates.