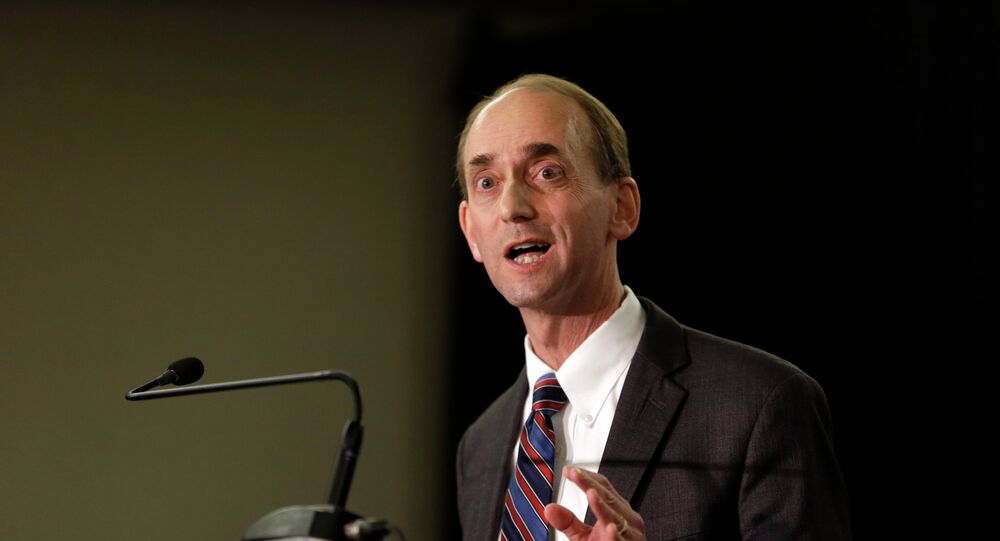 Missouri Auditor and Republican candidate for governor was found shot on Thursday, just minutes after promising reporters he would reveal shocking information later in the day.

"There is nothing to suggest anything other than that (suicide) at this point. We are conducting an investigation," he said.

An autopsy has been requested to confirm the cause of the death.

Minutes before police got an emergency call from his home, the Republican candidate had a phone conversation with The Associated Press about plans to go public with allegations that the head of the Missouri Republican Party had made anti-semitic comments about him.

“It’s plausible that I would have told somebody that Tom was Jewish because I thought he was, but I wouldn’t have said it in a derogatory or demeaning fashion.”

Schweich had Jewish ancestry but attended an Episcopal church.

His spokesman Spence Jackson said he had recently appeared upset about the comments people were supposedly making about his religious faith and about a recent radio ad describing Schweich as "a weak candidate for governor" who "could be easily confused for the deputy sheriff of Mayberry" and could "be manipulated," according to USA Today.

"The campaign had been difficult, as all campaigns are," Jackson said. "There were a lot of things that were on his mind."

Many of Missouri’s top elected officials described Schweich as a “brilliant” and “devoted” public servant with an “unblemished record” in office.

In January, he announced he would seek the GOP nomination for governor facing off against fellow Republican Catherine Hanaway.

Missouri Gov. Jay Nixon released a statement expressing his condolences. He has also ordered flags at all Missouri state facilities to be immediately lowered to half-staff to honor his passing.

Schweich was re-elected to a second term as auditor last November.

He made his political debut in 2010, defeating Democratic Auditor Susan Montee. He had worked as a private-sector attorney for the federal government and served as chief of staff to the US Mission to the United Nations. He also worked in the State Department, coordinating an anti-drug initiative in Afghanistan.