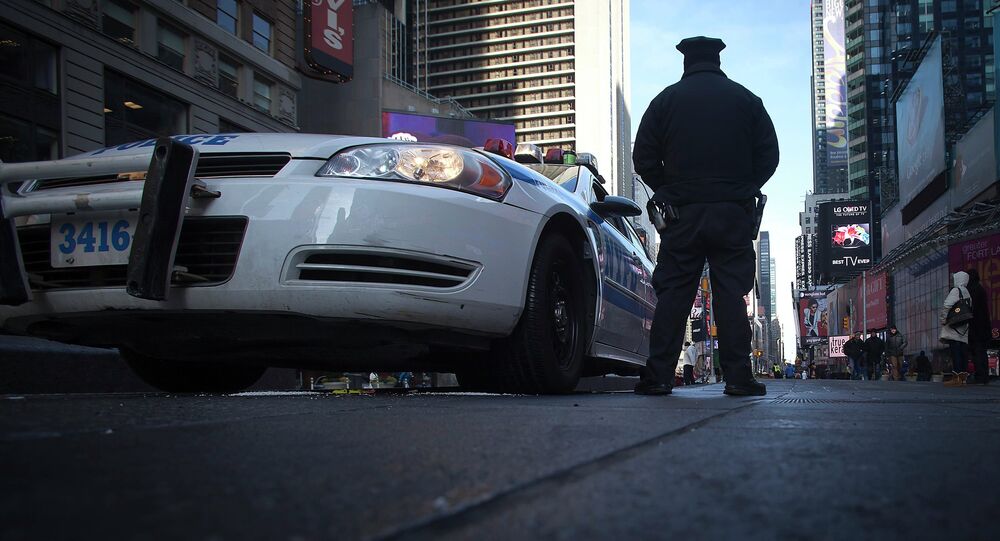 A Mexican immigrant was shot by a police officer following a high-speed chase in US Texas last Friday.

Screen Shot KFSN-TV
Cops Assault, Pepper Spray Grandmother Bringing Cupcakes to School
MOSCOW (Sputnik) — The Mexican Senate has condemned a fatal shooting of an unarmed Mexican immigrant by US police, the second such incident this month.

Ruben Garcia Villalpando, a native of Mexico's Durango state, was shot by police officer Robert Clark following a high-speed chase in US Texas last Friday. This comes just ten days after police officers in Pasco, Washington, shot dead another Mexican man Antonio Zambrano-Montes after he threw rocks at them.

The Senate spoke out against the "use of excessive and unnecessary violence" leading to the death of an unarmed Mexican national, the Senate's statement published on Thursday read.

YOUTUBE/PrisonPlanetLice (Screenshot)
Florida Cops Taser Elderly Man With his Hands Up (VIDEO)
The upper house of Congress expressed their protest against such practices by the "authority that is responsible for order and security of the people" in the US.

The Senate followed the Mexican government which also condemned the shooting on Wednesday calling the killing a "disproportionate use of lethal force."

According to the police, after eventually stopping on the shoulder of the road, Garcia Villalpando approached an officer, ignoring repeated instructions to stop. The dash-cam video shows Villalpando raising his hands and putting them on his head, while continuing to walk towards the policeman. Villalpando was shot twice and was transferred to John Peter Smith Hospital in Fort Worth, where he later died.

According to the Mexican Foreign Secretariat, 75 Mexicans have died at the hands of law enforcement in the United States since January 1, 2006.

Mexican Reports on Alleged US Espionage Under Investigation