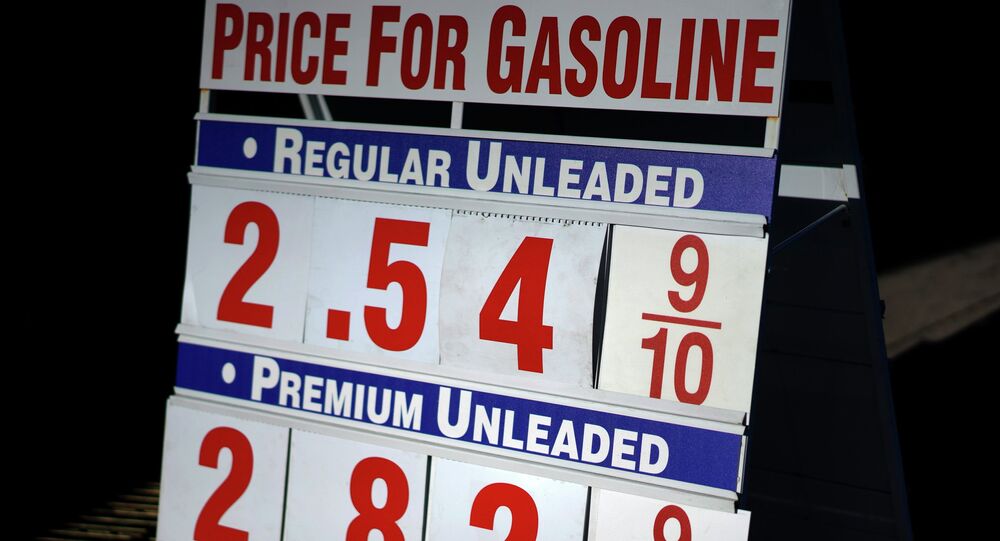 The US Department of Labor said that the overall price of American goods dropped 0.7 percent in January aided by a strong US dollar and declining gas prices.

WASHINGTON (Sputnik) — The overall price of American goods dropped 0.7 percent in January aided by a strong US dollar and declining gas prices, the US Department of Labor said in a statement.

“The Consumer Price Index for All Urban Consumers (CPI-U) declined 0.7 percent in January on a seasonally adjusted basis,” the statement, issued on Thursday, said. The statement added that on an annual basis, the overall price fell 0.1 percent before seasonal adjustment.

© REUTERS / Larry Downing
US Families to Save $750 on Gasoline in 2015 Amid Low Oil Prices - Obama
Energy prices fell 9.7 percent while overall gas prices tumbled 18.7 percent in January, according to the statement, which notes the gas drop is the sharpest in a series of seven consecutive monthly declines.

The US goods overall, excluding food and energy, rose 0.2 percent while the price for shelter rose 0.3 percent, the statement said.

Over the past year, energy prices fell 19.6 percent while gasoline fell 35.4 percent, and the price of food rose 3.2 percent, the statement said.

These numbers released by the US Department of Labor are seasonally changing, and can change from month-month, year-year, according to the statement.

Global Oil Prices Up on US Stockpiles Data