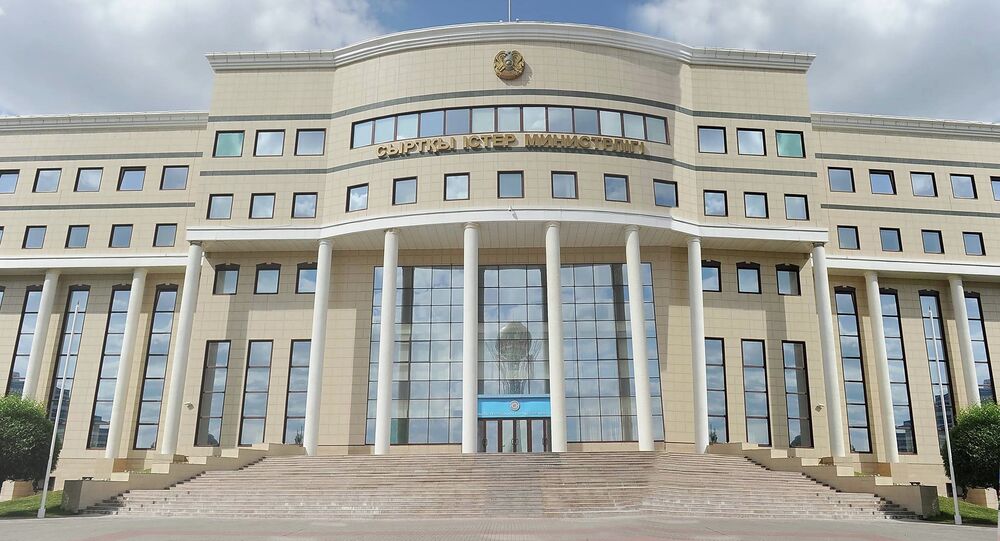 Kazakhstan's Foreign Ministry stated that Kazakhstan will assist the United States in its investigation in the case of a Kazakh national arrested in Brooklyn, New York City,on charges of attempting to join ISIL.

© Sputnik / Andrey Stenin
Kazakhstan, Uzbekistan Citizens Charged in US for Attempting to Join ISIL
ASTANA (Sputnik) — Kazakhstan's Foreign Ministry on Thursday offered to assist the United States in its investigation in the case of a Kazakh national arrested in New York City on suspicion of attempting to join the Islamic State (ISIL) jihadist group.

The US Department of Justice announced on Wednesday that a citizen of Kazakhstan had been arrested in Brooklyn on charges of attempting to join ISIL.

"The Ministry of Foreign Affairs of the Republic of Kazakhstan is aware of the arrest in the United States of America of a Kazakhstan citizen Akhror Saidakhmetov on suspicion of links with the terrorist organization 'Islamic State.'… We are ready to provide full assistance to the US authorities in investigating this case," the ministry said in a statement.

© AP Photo / Senior Airman Matthew Bruch, US Air Force
Americans Increasingly Favor Using US Ground Force Against ISIL
In October 2011, Saidakhmetov left for Uzbekistan and never returned to Kazakhstan, the Kazakh ministry said, adding that neither he, nor any of his relatives ever approached the Consulate General of Kazakhstan in New York.

ISIL is a jihadist group that controls large territories in Syria and Iraq. The group actively recruits foreigners. No less than 20,000 people from around the world have joined IS, the US National Counterterrorism Center reported earlier in February.

Kazakhstan, Uzbekistan Citizens Charged in US for Attempting to Join ISIL