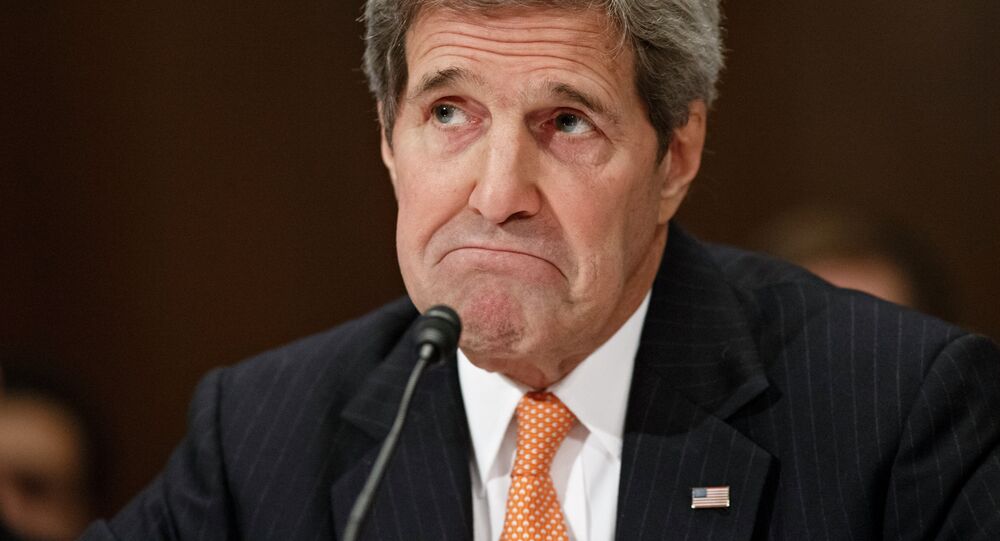 Stressing the need to counter the influence of RT, Secretary of State John Kerry asked Congress for more money to "promote democracy" around the world.

"Russia Today (sic) can be heard in English, do we have an equivalent that can be heard in Russian?" Kerry asked the House Appropriations Subcommittee, ostensibly overlooking the fact that Voice of America has been broadcasting in Russian for nearly seven decades.

"It's a pretty expensive proposition. They are spending huge amounts of money."

California Republican Ed Royce earlier told the House Foreign Affairs Committee that "Russia is spending more than $500 million annually to mislead audiences, sow divisions, and push conspiracy out over RT television."  Kerry told that body that "Russia's military aggression is matched only by its propaganda."

A quick reality check reveals RT's budget for this year to be less than half of the figure Royce tossed out: $225 million (based on Wednesday's exchange rate), or 13.9 billion rubles.

Kerry's budget proposal seeks "$639 million to help our friends in Ukraine, Georgia and Moldova as they seek to strengthen their democracies, withstand pressure from Russia, and to integrate more closely into Europe."

The Broadcasting Board of Governors, the federal agency charged with overseeing US civilian international media, has long hoped to secure funding for a satellite network aimed at Russian-speaking audiences in post-Soviet countries.

A BBG discussion last August "closed with agreement to develop a proposal to seek funding for such a project," a representative of the body told the Hollywood Reporter. "Board members observed that a Russian satellite TV channel is an idea worth pursuing."

BBG's current projects haven't met with much success: Radio and TV Marti, which broadcast from Miami to Cuba, have shown infinitesimal ratings since their launch, and Alhurra, the US-funded Arabic language TV network, has failed to attain anything like the viewership of Al Jazeera or Al Arabiya.