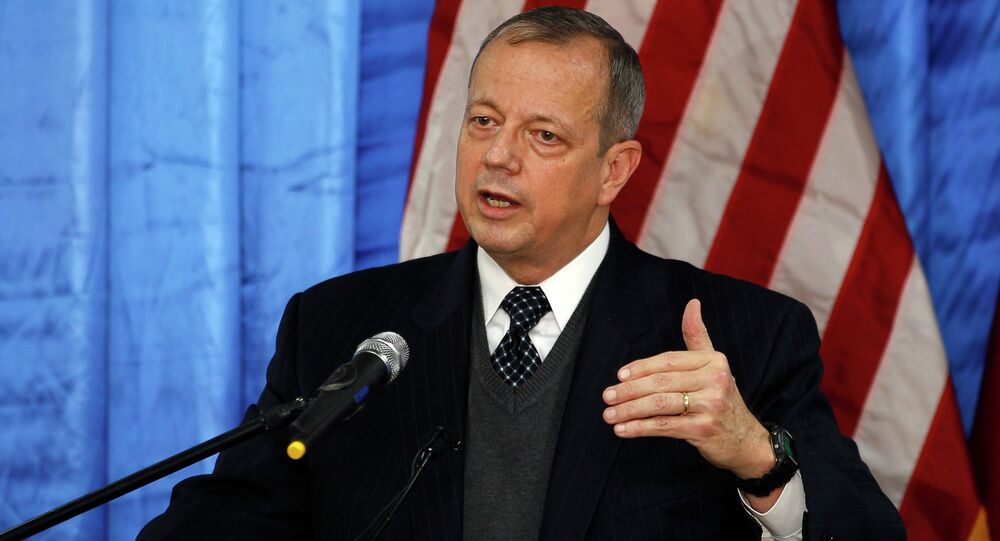 US Department of State’s Special Presidential Envoy for the Global Coalition to Counter ISIL said that the number of foreign fighters joining ISIL terrorist organization has increased.

WASHINGTON (Sputnik) — The number of foreign fighters joining the Islamic State (ISIL) terrorist organization has increased as a result of the extremist group’s expanding caliphate, US Department of State’s Special Presidential Envoy for the Global Coalition to Counter ISIL John Allen said on Wednesday.

“The numbers and up, and the numbers are up because we’re now tracking the numbers in ways we haven’t before,” Allen told the US Senate Foreign Relations Committee.

Allen warned that the ISIL caliphate was working in the extremist group’s favor to help them recruit potential foreign fighters, but assured the committee that the US military would continue to track the recruitment numbers.

© AFP 2020 / AHMED DEEB
ISIL Foreign Fighters Use Fake Syrian Passports to Cross Turkish Border
The ISIL has seized vast amounts of land in Syria and Iraq declaring an Islamic caliphate on the territories under its control, and has attracted thousands of foreign fighters to join its fight.

More than 15,000 foreign fighters, including many citizens of the United States and European countries, have travelled to Syria to extremist groups since 2011, according to the United Nations.

A US-led coalition has been launching airstrikes against the ISIL in Iraq since last August and in Syria since September, though without coordinating its efforts with the Syrian government.