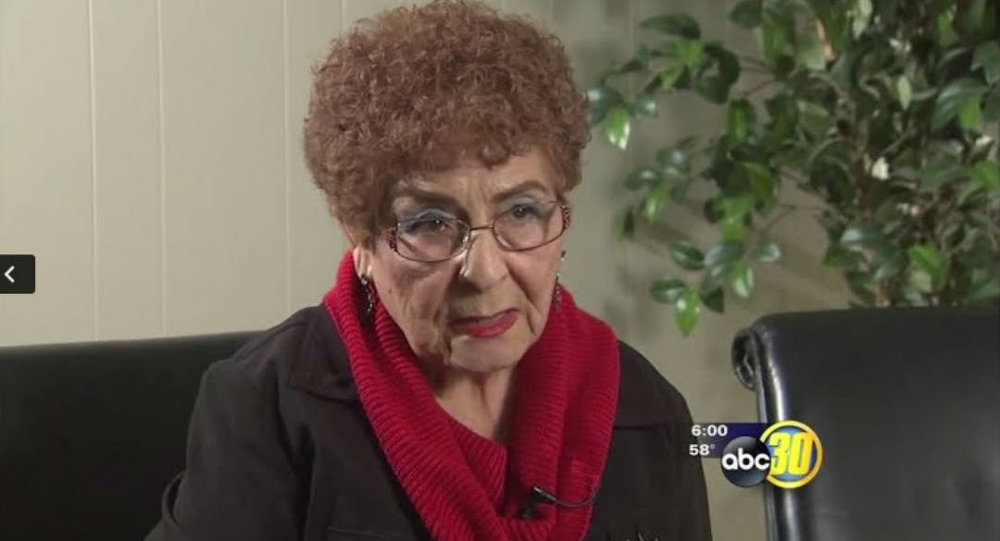 Mary Poole says all she wanted to do was see her grandchildren, but an encounter with the police left her with broken bones.

Poole says the kids are caught in the middle of their parents’ divorce and custody battle, so she thought she’d cheer them up by baking the cupcakes. When she got to the school in the central California town of Clovis, a school police officer told her she wasn’t allowed to see the girls because there was a restraining order against her.

But it turns out that wasn’t true, according to her attorney.

The 78-year-old grandmother left the school and pulled over to call her son to tell him what happened, but the same police officer approached her and became confrontational, pepper-spraying her twice in the face.

She says the officer then jerked her out of her car and threw her on the pavement, leaving her with a dislocated shoulder and several broken bones. On top of that she has about $180,000 in medical bills.

"He wouldn't listen to anything I had to say, period," said Poole. "Every time I tried telling him anything…I mean, I was even telling him, 'I'm 78 years old,' before he grabbed me. He sprayed me with mace twice."

“And I was very frightened, and I told him to call the police and he said, ‘I am the police. He jerked me out of my car with my left arm with such great force, and then threw me onto the pavement. From there he dragged me by my left arm up to the school grounds,” she said.

Poole, who filed a lawsuit against the school district for the incident last April, is alleging elder abuse and police brutality.

"The amount of force it took to inflict these injuries is testament to what happened that day," Mark Coleman, Poole's attorney, told KFSN-TV.

The grandmother is less than five feet tall and weighs about 110 lbs.

The district wouldn’t comment citing pending litigation, and the officer is still working at the school.