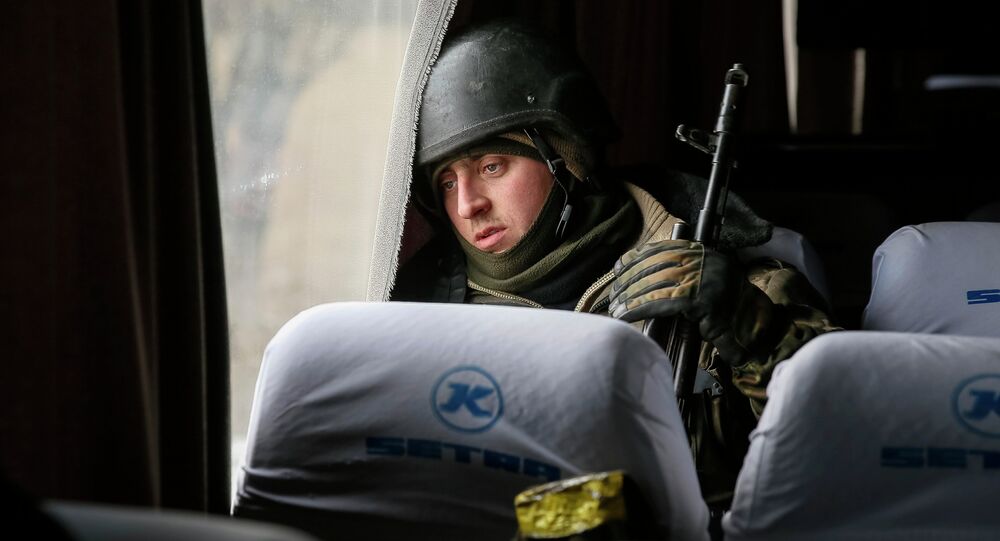 Over Half Americans Against Arming Ukraine – Poll

According to a poll conducted by the US think tank Pew Research Center, more than half of US citizens oppose arms deliveries to Kiev.

MOSCOW (Sputnik) — Some 53 percent of US residents are against sending weapons to Ukraine, according to a poll carried out by the US think tank Pew Research Center.

Last week, the US Senate urged Secretary of State John Kerry to provide Ukraine with "defensive" weapons. Kiev troops have been fighting independence militias in the country's South-East since April 2014. The West accuses Russia of providing military aid to the pro-independence fighters, which Moscow denies.

© REUTERS / Gleb Garanich
Obama's 'Big Lie': US Has Supplied Ukraine With Arms From the Start
The number of those who oppose arms deliveries to Kiev decreased by 9 percent comparing to 2014, the think tank said. People, who favor US lethal support to the country, currently comprise 41 percent, comparing to 30 percent in April 2014, when Kiev's military assault on the South-East has just begun.

Almost a half of those surveyed said they would like the United States to train Kiev’s soldiers, while 46 percent opposed the idea, the pollster said.

According to the February poll, which featured over 1,500 adults in the United States, some 70 percent of Americans have a negative opinion of Russian President Vladimir Putin, with four in 10 surveyed expressing their view as very unfavorable.

Every sixth person in the United States supports further anti-Russia sanctions, whereas 34 percent are against it, according to the poll.

Relations between Moscow and Washington severely deteriorated in 2014 amid accusations of Russian involvement in the Ukrainian conflict. The United States and its allies imposed several rounds of anti-Russia sanctions, targeting defense, energy and banking sectors of the economy.

Albright Says US Should Arm Kiev, But Avoid Starting Confrontation