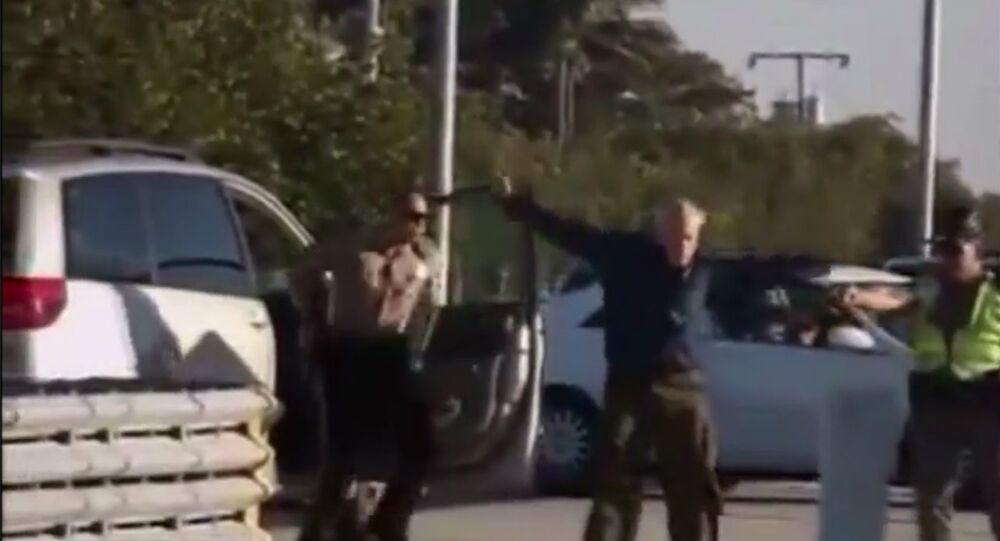 A disturbing video has emerged showing an elderly man being tasered by Florida police.

The video shows officers yelling at people to get out of their minivan. As the elderly man exists the passenger seat, the officer grabs his hand and twists it. Another officer came and told the first officer to “let him go.” After he did, the second officer tased the old man.

The man who filmed the video claims he was with his family on the way to Key West for the weekend.

A  woman off-camera says in the video  "Get out of the car. Oh jeez. They are not getting out of the car. The guy on the other side, on the driver's side, is going a bit bananas, no?”

"The police here are heavy-handed," she says. When a young girl in the videographer's car asks what's going on, the woman says, "They are trying to get these people of this car, sweetie. I don't know why. It's kind of weird."

Witnesses gasp in terror questioning if the man was still alive.

“I hope we don’t get harassed because I’m recording this,” the man filming states before turning off the camera.

This is not the first instance of police tasering to headlines in Key West this year. Earlier in January, Key Largo teen Roberto Ornelas died after being shot with a  taser on new Year’s Day.

A recent investigation by the Miami New Times shows that South Florida cops have a history of misusing their tasers, including several deaths linked to the devices.

The Miami New Times reported that more than 17,000 police departments in the United States, including some Miami precincts. Taser International, the makers of the taser that shocked the old man, has become a $ 1.37 billion dollar company.

Amid all the controversy in using tasers  Amnesty International reports  between 2001 and 2008, 351 people in the United States died from being shocked by police tasers.