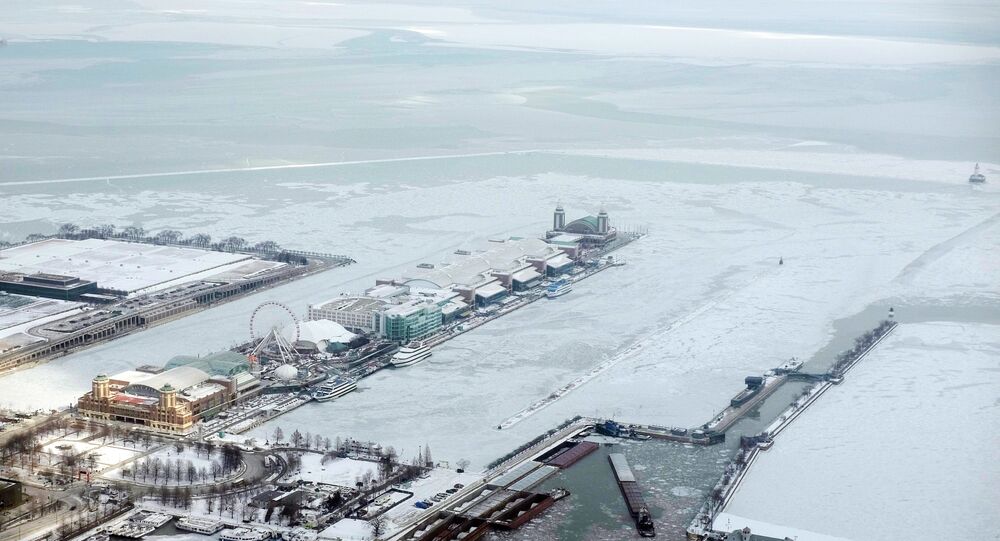 MOSCOW (Sputnik) – Many Tennessee residents have been left without power as winter storm Pandora hit eastern United States, with nine people having earlier died in the US state amid the Siberian Express arctic blast, weather.com reports.

Pandora, which left several power lines down in Tennessee on Saturday is expected to continue spreading north overnight, into Boston and New York, according to weather.com.

Bundle up, #Noles! Even Tallahassee is under a hard freeze warning tonight. Thanks, Winter Storm #Pandora. pic.twitter.com/23ZMCCjo94

Meanwhile CBS reported on Saturday citing local officials that five people had died in road accidents in Tennessee amid bad weather conditions, while 9 people had died from hypothermia.

Weather.com reported other hypothermia-related deaths on Friday, including six fatalities in Pennsylvania and two more in Illinois, following the onset of the Siberian Express arctic blast.

Weather.com senior meteorologist Nick Wiltgen said on Friday that this week "ranks among the most intense arctic outbreaks so far in the 21st century for the eastern US".

Schools in several US states, including Alabama and Georgia, were closed amid the harsh weather conditions.

Ground stops are in place for 4 airports in the Northeast due to #Pandora (snow/ice): #HPN, #JFK, #LGA, #PHL pic.twitter.com/A2rWMhhFkB

According to CBS, Tennessee Governor Bill Haslam upgraded the state of emergency to Level 2 on Saturday, amid warnings of possible flash flooding.

CBS said that overall, 43.3 million Americans were under a winter storm warning on Saturday night.

Schools in several US states, including Alabama and Georgia, were closed amid the harsh weather conditions.

The United States has been hit by several storms this winter season, including Linus and Juno, which led to public transport and flight disruptions and prompted several US states to issue blizzard warnings.

Around 1.5 flights from US airports have been canceled as the country's southeast is struggling with winter storm Pandora, flightaware.com reports.

According to the online portal, which tracks flights around the world, the highest number of cancellations – over 300 flights – took place at the Ronald Reagan Washington National Airport. Flights have also been cancelled at New York, Chicago and Denver airports.

Filghtaware.com data also indicates that over 2,700 flights have been delayed across the United States amid bad weather conditions.

America Braces Itself for One of the Largest Snowstorms on Record

Don't Try This at Home: Snow Jumping Craze Takes Hold in US and Russia

Digging Out: Large Chunk of the US Buried Under Snow and Ice