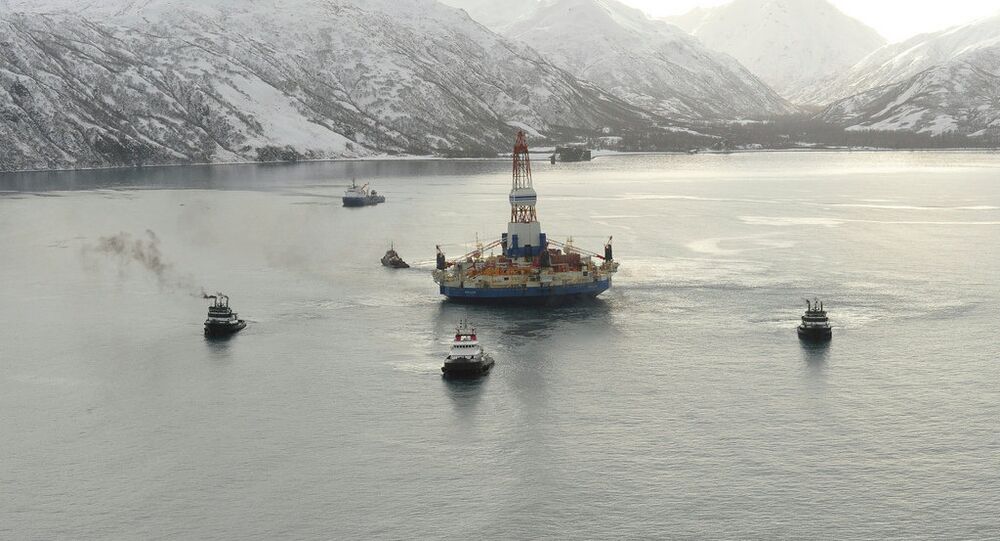 The US Department of the Interior has proposed long-awaited federal regulations for oil and natural-gas in Alaska's Arctic region. Environmentalists have pointed out that the environment makes it nearly impossible to clean up spills. 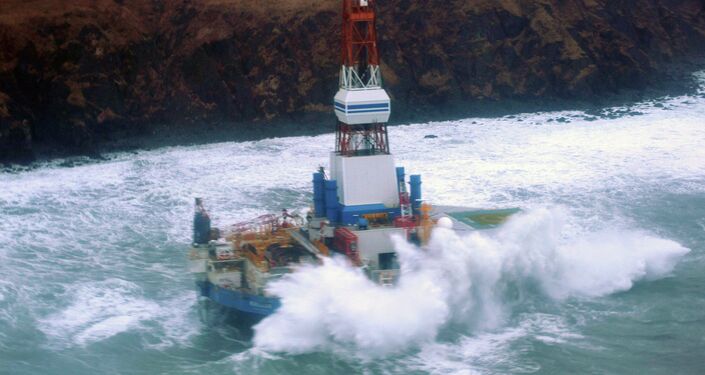 US Coast Guard
The Royal Dutch Shell drilling rig Kulluk aground off a small island near Kodiak Island Tuesday Jan. 1, 2013
The regulations point out the challenges in drilling in the Arctic environment and mandate extensive contingency plans for a swift response to spills. Spills are notoriously difficult to clean in the frigid and remote waters. Such rules include having an additional rig that could drill a relief well in the event the company loses control of the primary well.

According to analysis compiled by the National Energy Board, conditions in the area present huge obstacles to any potential cleanup efforts, even during the busy summer months. Looking at how wave heights and ice patterns could prevent the use of cleanup tools such as in-situ burning, containment and the use of dispersants, they determined cleanup would be impossible 20% of the time in June, 40% of the time in August and 65% of the time in October. After October, any response would most likely have to be deferred until the following season.

© AP Photo / Greenpeace, Nigel Marple
Greenpeace Gather Support to Stop Shell Drilling on Alaska Coast in Arctic
No company is yet drilling the Chukchi and Beaufort seas off the coast of Alaska yet, but Royal Dutch Shell is planning on starting exploratory drilling this summer. ConocoPhillips and Statoil also have leases in American Arctic areas but have yet to announce any drilling plans. However, Shell’s summer drilling will not be governed by that rule since it won’t be in place by then and would only apply to drilling operations farther in the future.

Shell was involved in a disastrous attempt to drill in the Arctic in 2012 when it was towing its Kulluk oil rig out into Dutch Harbor by ship. The ship lost control when a winter storm hit and the rig, along with 150,000 gallons of fuel and drilling fluid, later washed up along pristine Alaska coastline.

© Sputnik / Alexander Liskin
US Senators Say Obama Administration ‘Declared War on Alaska’
As a result, the Environmental Protection Agency fined Shell $1.1 million for violations of the Clean Air Act as a result of the Kulluk’s engines releasing nitrogen oxide, ammonia and other pollutants and they cited Shell with 33 air permit violations.

Since then, oil companies and environmentalists have been waiting to see how the Interior Department would react to industry lobbying efforts to drill in Alaska. It is believed that the region holds between 24 billion barrels of oil and 104 trillion cubic feet of gas comprising as much as 13 percent of the world’s undiscovered oil reserves and 30 percent of its undiscovered gas reserves, a potential boon for American production