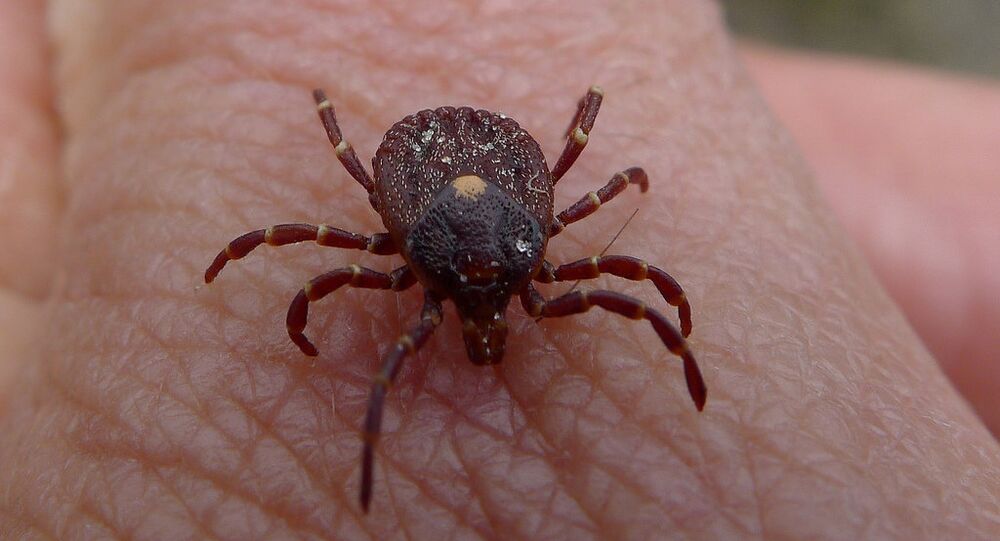 Never mind the measles for a moment, a Kansas man died earlier this month of an unknown disease after being bitten by a tick. The 50-year-old man was likely bitten while working outside last spring and died 11 days later.

© Flickr / joshua_d
Two Deaths Linked to "Superbug" at California Hospital; More Than 100 Possibly Exposed
The Atlanta-based Centers for Disease Control and Prevention announced their findings Friday in their journal Infectious Diseases. With only one known case to study, they offered little information except to say that the “Bourbon virus” is spread by insect bites. They listed the symptoms as fever, tiredness, rash, headache, other body aches, nausea, and vomiting — the symptoms the victim exhibited.

The CDC named it the “Bourbon virus” after the county of Kansas where the victim lived. The man had been doing yard work when he was bitten several times by ticks. After falling ill over the next couple of days, he went to the hospital. However, with the limited information, doctors failed to curb the degradation to his health and he died 11 days later.

After his death, doctors sent a blood sample to the CDC. The They found the virus to be within a group of viruses linked to insect bites and previously detected in Europe, Asia and Africa.

The CDC notes that there are no vaccines, known cures or treatments for this particular strain. Antibiotics, they not, “are not effective.” The CDC recommended that people protect themselves by using insect repellents, wearing long-sleeved shirts and pants, avoiding bushy and wooded areas and checking for ticks after spending time outdoors.