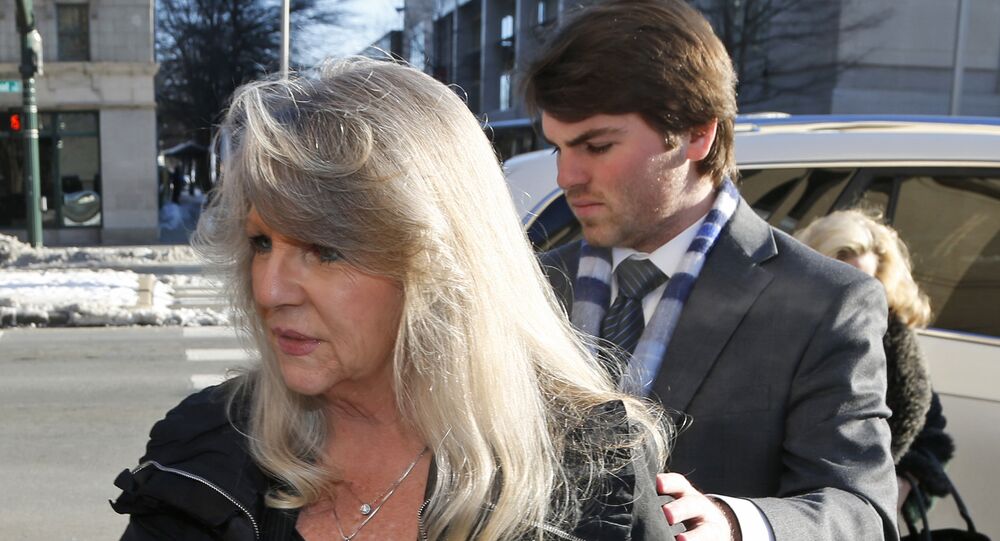 Former Virginia First Lady Maureen McDonnell has been sentenced to one year and one day in prison.

Maureen McDonnell will remain free while she appeals the conviction. She will have two years supervised probation when she is released from prison.

Maureen and her husband were convicted on Sept. 4 of taking bribes from a businessman.

Both were found guilty of nine and eleven charges, respectively, for accepting $177,000 in gifts and sweetheart loans from former Star Scientific Inc. CEO Jonnie William Sr. in exchange for promoting his company’s dietary supplement.

Maureen McDonnell was also found guilty of obstruction of justice, but that conviction  was dismissed in December.

Witnesses said she was unstable and driven by greed.

Federal prosecutors had originally sought 18 months in prison. Her defense lawyers had requested that she serves 4,000 hours of community service instead. And if prison is imposed, her attorneys are seeking a total sentence of nine months between jail and home confinement, according to court records.

Former Gov. Robert McDonnell, was sentenced to two years in prison last month, down from 10-12 years prosecutors had sought. He is free pending an appeal.

Among the gifts Williams gave the couple: $6,500 Rolex watch, $65,000 to cover their daughter’s wedding expenses, and a $70,000 loan for a corporation that the former governor and his sister used to manage beach properties.

© AP Photo / Steve Helber
Former Virginia Gov. Bob McDonnell makes a statement as his wife, Maureen, listens during a news conference in Richmond, Va. Federal prosecutors said in court filings Thursday, April 24, 2014 that The case against former Virginia Gov. Bob McDonnell and his wife is straightforward and shouldn't be dismissed. The McDonnells were charged in January of accepting more than $165,000 in gifts and loans from Jonnie Williams, the former CEO of dietary supplements maker Star Scientific Inc., in exchange for helping promote his products. They have pleaded not guilty and their trial is set for July.
Bob and Maureen McDonnell’s marriage has “fallen apart,” according to court records. Last August, the former governor said that he and his wife “are now living apart,” and that he is “staying with his pastor.”
...
Reddit
Google+
Blogger
Pinterest
StumbleUpon
Telegram
WhatsApp
41
Tags:
Star Scientific Inc, Robert McDonnell, Maureen McDonnell, Jonnie William Sr, Virginia, US
Community standardsDiscussion