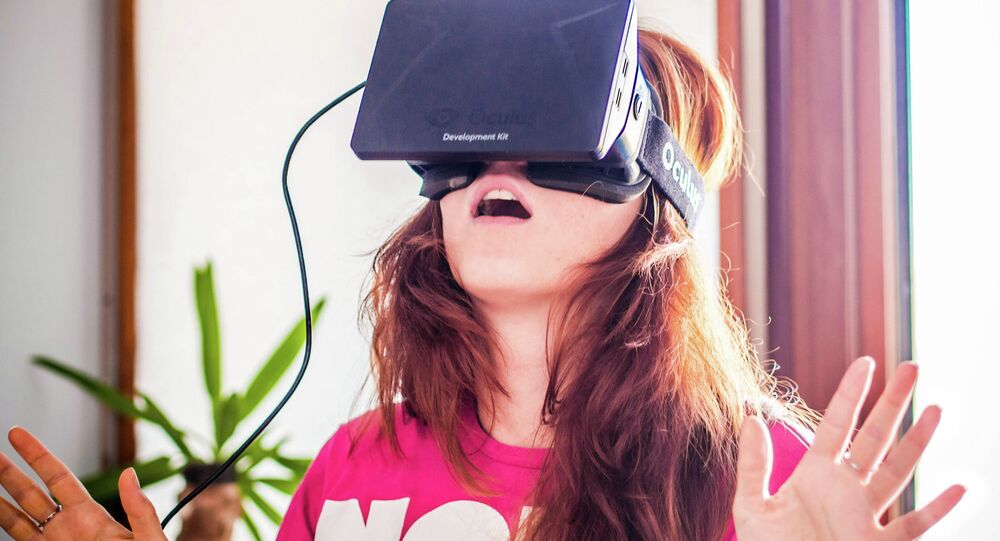 In the tech race to decide which company will reign dominant in the brave new world of virtual reality, Apple enters the game, obtaining a patent for their own headgear which will allow users to turn their iPhones into an immersive experience.

Nearly a year ago, Facebook bought the virtual reality company, Oculus VR, for a cool $2 billion. No one was really sure why, and, truth be told, it’s still a bit of a mystery. Was it an impulse buy for Zuckerberg, Facebook’s CEO and one of America’s youngest billionaires? Is the social networking site trying to lure us into digital worlds so they can send us life-like ads for American Express and Farmville?

While the patent offers few details about the company’s intentions with the product, what we know for sure is that it would work with other Apple products, like the iPhone or iPod. Much like the Samsung Gear VR and Oculus, the device would allow users to slide their phone into the headgear, allowing for a more immersive viewing experience.

The patent also includes details about a remote control which could be used to control the device.

This is the latest evidence of Apple making big moves toward virtual technology. Six days ago, the company posted job listings for programmers capable of developing virtual and augmented reality software for its “next generation of products.” Apple has also been looking into “3D user interface” technology, which would allow users to interact with computers through hand gestures.

With its last few iPhone rollouts falling short of expectations, it could be that Apple is gearing up for the next big thing to impress its customers. While the fingerprint scanner introduced in the iPhone 6 was, you know, pretty cool, it was still a far cry from the kind of game changing innovations that Steve Jobs brought to the company.

Apple first applied for the patent in 2008, which could mean they’ve had plenty of time to work out any bugs in the product.

Still, a patent doesn’t necessarily mean that Apple will follow through with development of the product.

Apple is also purportedly looking into driverless cars, which means if all of these technologies pan out, getting to work in the future could be a drastically different experience. We could all sit back as our vehicles whisk us to work, put on our virtual reality headsets, and experience the forgotten sensation of…driving a car.