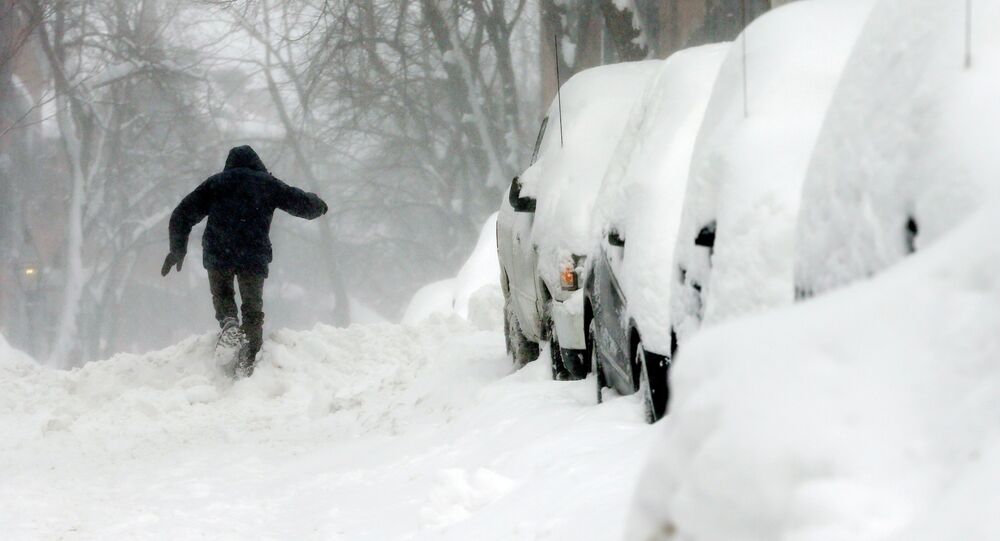 Don't Try This at Home: Snow Jumping Craze Takes Hold in US and Russia

Boston Mayor urged people to stop jumping out of windows into snow piles.

Boston Mayor, Martin Walsh, called on residents at a press conference on Monday for an end to the snow-jumping craze that has seen people jumping into huge snow piles from their houses.

“I’m asking people to stop this nonsense right now. These are adults jumping out of windows," he claimed.

According to Walsh, he was appalled by videos appearing on social media showing people jumping out of their upstairs windows right into snow piles.

“This isn’t Loon Mountain, this is the city of Boston, where we’re trying to remove snow off of the street and it becomes very dangerous. And the last thing we want to do is respond to an emergency call where somebody jumped out of the window because they thought it was a funny thing to do," said Walsh.

Boston has been in the throes of a full-blown snow crisis which has had a serious impact on local businesses with February's snow fall breaking all records. Amid this troubling time for the city authorities, the locals have turned snow-covered Boston into a huge playground, and duly recording their mischief on social media.

However, the Mayor’s plea to abstain from jumping into snow piles has actually fanned the flame of the craze. According to The Huffington Post, some residents admitted they weren't aware of this trend before the mayor's speech, and now they intend to try it.

Meanwhile in Russia, citizens long used to heavy snow are continuing their quest to become famous on YouTube. On February 6, 23-year old Alexander Chernikov from Barnaul, Altai region, in attempt to obtain glory on the Internet, jumped from the roof of a ten-story building. The local “superman” also set fire to himself before leaping into the snow below. The daredevil recorded the event using a  GoPro camera strapped to his head, which captured every breathtaking moment of his 30-meter descent. The video, called "Jump 30 meters — My Vision," was uploaded to his YouTube account on the same day of the spectacle. According to some reports Alexander, who intends to become a professional stuntman, was later arrested and taken to hospital with internal injuries.

'I declare to the world – human possibilities are endless. We just need to be able to open them in ourselves,” said Chernikov.

US Secretary of State Kerry Fined $50 for Not Cleaning Snow

John Kerry Fined for Not Clearing Snow from Sidewalks After Blizzard