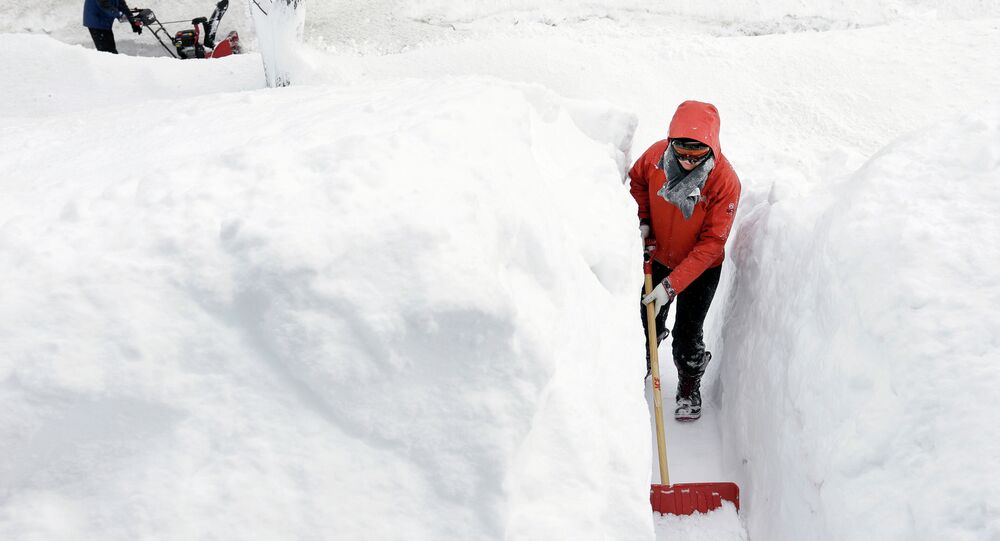 Digging Out: Large Chunk of the US Buried Under Snow and Ice

A snow and ice storm has shut down the East Coast from the deep South to the Northeast.

The storm caused forecasters to issue numerous warnings, with 26 million Americans facing blizzard conditions. Around 250,000 people lost power as the storm made its way up the East coast.The hubby is now using our screened in porch as nature's freezer.

The storm has brought ice and snow from the plains to the East coast.

The icy storm has expanded across Oklahoma to the Carolinas, cutting off power and threatening to paralyze major cities before reaching New England.

Kentucky saw the first winter storm this season, with snow reaching over one foot.

Even southern states like Tennessee and Georgia could not escape the big freeze.

Trees and power lines came down in Arkansas, leaving over 10,000 in the dark.

The storm dropped at least 15 inches of snow on Virginia, creating multiple traffic problem and several crashes on the roads.

In west Philadelphia, the icy temperatures left a burning building covered in icicles.

The US federal government closed its offices in Washington, D.C. on Tuesday, as 4 to 8 inches of snow blanketed the region.

In this string of snow storms, Boston has seen 58.5 inches of snow, making February 2015 the city’s snowiest month on record, the National Weather Service reported.

Preparing to stay indoors, shoppers flooded grocery stores to stock up on food.

Another blast of arctic air is expected to bring even colder air to the Northeast and Midwest, spreading deep into the South during the weekend, according to AccuWeather.com.