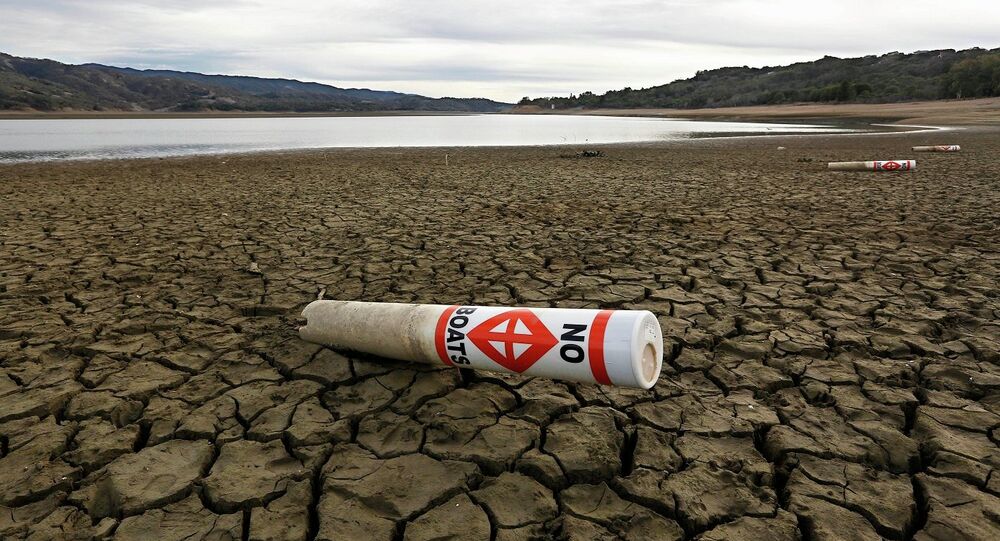 The United States is headed for a major drought in the next few decades, one that will make Americans nostalgic for the droughts already wreaking havoc in the western regions of the country.

Benjamin Cook et. al in Science Advances
A graph predicting the average dryness of soil in the Great Plains and American Southwest over the next half-century

In their report titled "Unprecedented 21st century drought risk in the American Southwest and Central Plains,” researchers from the space agency, Cornell University and Columbia University predicted a weather shift in 2015 that would bring a drought of a level not seen in 1,000 years. That would increase the number of massive wildfires and exacerbate water shortages already plaguing the region.

They added that climate change is behind the severity of the impending drought.

"I was honestly surprised at just how dry the future is likely to be," study coauthor Toby R. Ault told a press conference this week. "I look at these future mega-droughts like a slow-moving natural disaster. We have to put mega-droughts into the same category as other natural disasters that can be dealt with through risk management."

© AP Photo / Rich Pedroncelli
CA Officials Allowed Fracking to Taint Drinking Water Amid Record Drought
Western US state have have experiences drought conditions for 11 of the past 14 years with California, Nevada, New Mexico, Arizona, Texas and Oklahoma impacted the most. Those conditions have sparked massive wildfires and water shortages have spurred some states and municipalities to ration their supplies.

Those effects will expand dramatically, the researchers said, and the “mega-drought” could last for three to four decades.

To come to their conclusions, the study’s authors used 17 climate models to analyze the impact of rising temperatures across North America. They also projected an assumed rise in emissions of greenhouse gases. The greater potential release of greenhouse gasses is increasing global temperatures which will have a demonstrably negative impact on the region, they found.

However, significantly cutting those emissions could help alleviate the situation, they determined.

US Postpones Launch of DSCOVR Mission Due to Technical Difficulties - NASA

NASA Unveils New Dark Side of the Moon Video