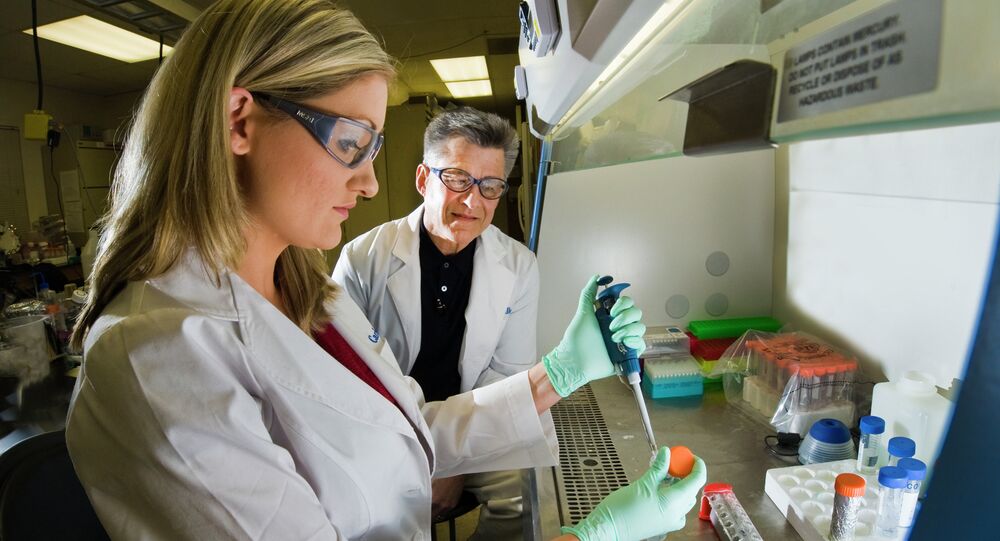 Genetically Modified Humans? Trying to Prevent Diseases Before They Start

One might think all of the bright young minds of tomorrow are flocking to Google’s X labs. But pharmaceutical giant Johnson & Johnson has its own innovative development teams, and their projects hope to use advances in genetics to predict who will get sick, with what, and then treat the disease before it even starts.

Janssen Research & Development, the exploratory arm of Johnson & Johnson, employs nearly 10,000 scientists and staffers, all working toward the development of the latest in medical innovations. On Thursday, the company announced three major projects that aim not only to treat some of the world’s worst diseases, but to prevent them altogether.

“A hundred years from now, someone’s going to look back on us and say, ‘Can you believe they waited until you got a disease and then did something?’” Dr. William Hait, head of Janssen, told the Associated Press.

The company hopes to take recent advances in genetics to expand our knowledge of how diseases work. Janssen R&D plans to tackle Alzheimer’s, diabetes, and even cancer, though each project has a clearly defined focus.

One of the projects, the Janssen Prevention Center, will work toward diseases that affect the elderly. The center will take what it already knows about vaccines and work to find preventative measures for Alzheimer’s, cancer, and heart disease.

The Janssen Human Microbiome Institute will begin much-needed study of the microbiome, little-understood microscopic bacteria which live symbiotically with the human body and are thought to play a major role in health. This project could help treat autoimmune disorders like rheumatoid arthritis and inflammatory bowel disease.

The third project has perhaps the best name and the most futuristic, cutting-edge goals. The Disease Interception Accelerator will look into genetic defects to help improve early detection of diseases and potentially prevent symptoms before they occur. The accelerator’s first target: Type 1 diabetes.

“Decades ago, we never would have been thinking about prevention of this disease,” Dr. Richard Insel, chief scientific officer with the Juvenile Diabetes Research Foundation, told the AP.

That’s because the pharmaceutical industry has historically been focused on treatment, rather than prevention. Scientific knowledge limited scientists’ understanding of how diseases begin. But now that genetics has improved that understanding, big companies can start looking into advanced measures. If they have the cash.

And if anyone has the cash, it’s Johnson & Johnson. With $16 billion in profits last year, the company is well equipped to lead the industry in revolutionary directions. The scale of these new projects is the first of its kind for a major drug company.

But as mentioned, Johnson & Johnson isn’t the only one experimenting with early disease prevention. Google’s X laboratories announced last week that it is developing a cancer-detecting wristband which would be able to spot cancer cells in the blood long before the individual displays symptoms.

Johnson & Johnson admits that its research won’t come quickly. It could take as long as a generation before the projects yield any practical results, but with such a brave new world approaching, our children – or our children’s children – could live in a medical utopia.