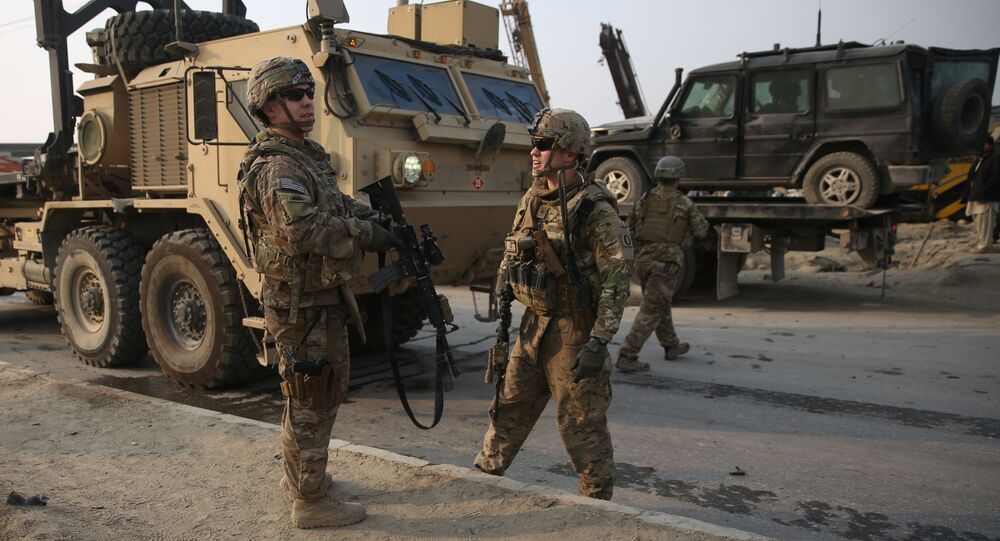 US Senator John McCain says reducing the US military presence in Afghanistan will create a security vacuum in the country, similar to the one that happened in Iraq.

WASHINGTON (Sputnik) — Reducing the US military presence in Afghanistan along the current White House time-table would create a security vacuum as occurred in Iraq after US troop withdrawal, US Senator John McCain said at a Thursday Armed Services Committee hearing.

© AP Photo / File
US Should Maintain Residual Armed Forces in Afghanistan – John McCain
“The lack of US and international presence… would only create a security vacuum in key parts of Afghanistan, and we have seen what fills similar kinds of vacuum in Syria and Iraq,” McCain said referring to the rise of the Islamic State (IS) terrorist group in Iraq and Syria.

A reduced US military presence, expected to be drawn down to 5,500 troops by the middle of 2015, would facilitate “growing instability, terrorist safe havens, and direct threats to the United States,” McCain warned.

© Photo : US Army / Staff Sgt. Shane Hamann
US May Slow Down Troop Withdrawal From Afghanistan Due to Threats
US President Barack Obama is currently working on a timeline to reduce the US troop presence in Afghanistan to a normal embassy presence by the end of 2016.

Recent reports of a growing presence of Islamic State militants and Taliban recruits to IS have prompted the Obama administration to announce on Wednesday that it is looking at the option of slowing the pace of the US draw-down.

The United States officially ended combat operations in Afghanistan at the end of 2014, but has kept a residual force of US troops among the approximately 10,000 in the region.