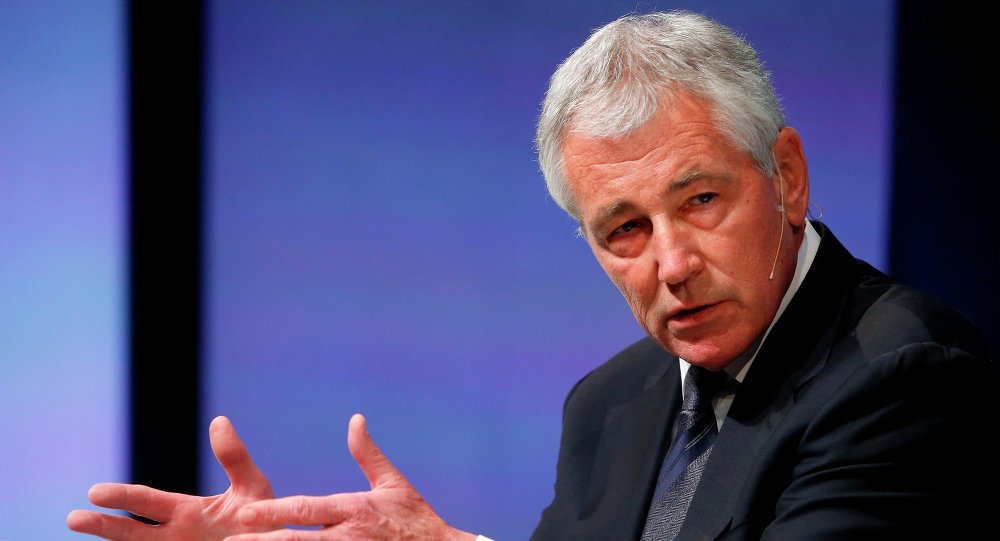 US Defense Secretary Chuck Hagel welcomed the US President Barack Obama's proposed resolution on the use of military force against the Islamic State, urging the Congress to pass it.

© Flickr / Martin Jones
UK Think Tank Says Coalition Airstrikes Cannot Defeat ISIL
WASHINGTON (Sputnik) – US Congress should pass the proposal by US President Barack Obama to authorize the use of military force against the Islamic State, US Defense Secretary Chuck Hagel said in statement on Wednesday.

“I welcome the president’s proposed resolution … and urge Congress to pass it,” Hagel said. “It is important that the Congress provide bipartisan support for use of military action against IS.”

Existing authorizations for the use of military force — AUMFs — provide legal authority for the United States’ ongoing military operations in Iraq and Syria, but bipartisan support for the proposed AUMF would provide an important signal in support of the Pentagon, of the US’s commitment to its partners, and of their resolve to fight the Islamic State.

The AUMF draft reflects important input from Congress and gives the Pentagon the support and flexibility needed to combat the Islamic State, the work with Congress on getting the resolution passed is far from over, according to Hegel.

“The Department of Defense (DoD) will continue to work with members of Congress to secure this resolution,” Hagel said. “Given the nature of our adversary and the complexity of our ongoing campaign, I urge Congress to avoid any undue restraints on the commander in chief’s choices in the effort to degrade and ultimately defeat ISIL.”

Obama is expected to make a statement about the AUMF resolution later on Wednesday, according to a Pentagon statement.

AUMF Against ISIL Should Have ‘Reasonable Limitations’ - US Senator