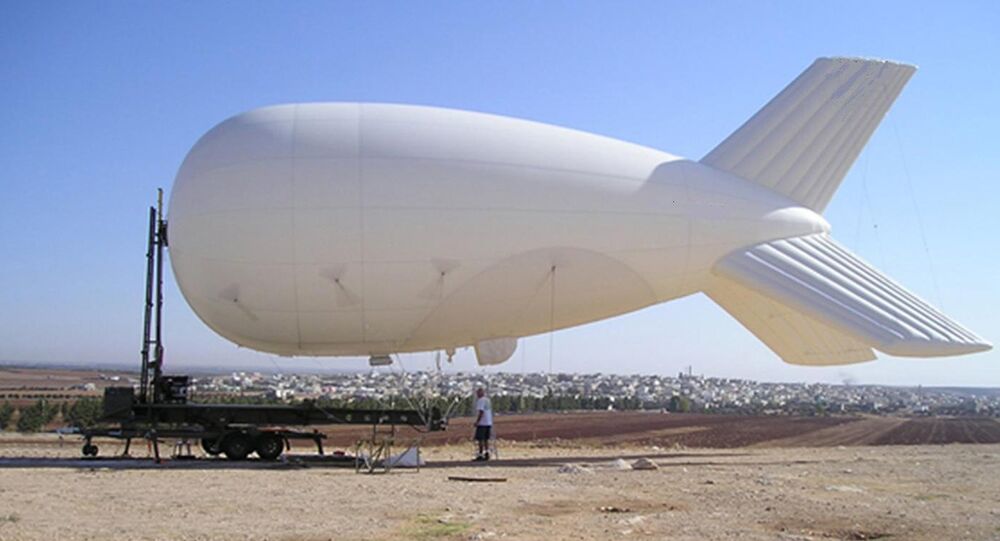 To prevent people from crossing the US-Mexico border illegally, the American government is repurposing old war tech used in Iraq and Afghanistan. Large recon balloons originally meant to spot Taliban fighters are now searching for immigrants along the Rio Grande.

It’s a common talking point in American politics. The border with Mexico can only be sealed once a nation-long wall is constructed. Build it and they won’t come, seems to be the general idea. But many point to the high price tag of such a project. The Department of Homeland Security reports the cost of border fencing at $6.5 million per mile.

Others note that even if a full-scale wall were constructed, it would be largely useless since people are, by and large, industrious.

“They built an 18-foot wall, and people came with a 19-foot ladder and people just crossed right over the top. So I think a fence can only be so tall,” Chris Cabrera, local spokesman for the National Border Patrol Council told NPR.

While the political battle rages on, a new strategy seems to be taking shape in the desert: forget the dang wall, just float the bleepin’ blimp.

They’re called aerostats; large, unmanned blimps designed by military contractors like Lockheed Martin to serve as eyes-in-the-sky. Equipped with night-vision cameras, they can spot a person as far as 12 miles away at any time of night.

Five of these blimps are currently moored at 500 to 5,000 ft. above South Texas as part of a test run by US Customs and Border Protection. While the aerostats were originally stationed near US outposts in Iraq and Afghanistan, they’re ideally suited for the American Southwest.

“Being with the troops in forward operating bases was a very good fit, and now looking at large reaches of the border is a very good fit,” director of business development for Lockheed Ronald Browning told Bloomberg Business.

Think of the balloons as stationary drones, and that’s why the Border Patrol is interested in them. The devices serve as a physical presence along an understaffed frontier, and their surveillance capabilities give them the same strategic use as drones, but at one-tenth the cost.

© Flickr / Allen Pinkley
“Being with the troops in forward operating bases was a very good fit, and now looking at large reaches of the border is a very good fit." - Ronald Browning

According to Tobin Ruff, who runs the aerostat program for Customs and Border Protection, these balloons cost between $300,000 and $350,000 per month. Most of this maintenance goes toward the helium needed to hold the blimps aloft, as well as the power needed to run the camera systems.

“In terms of just pure technology, there’s a lot of the Southwest border where these systems could be effective,” Ruff told Bloomberg.

The aerostat program is currently funded with $24 million from the annual budget, but the new budget unveiled last week asks for an additional $8.5 million to expand the program.

The Defense Department has over 70 decommissioned aerostats, and while that’s not enough to secure over 3,000 miles of border, contracting companies would be all too happy to meet the demand. While many locals living in the American Southwest may view a border fence as an impractical eyesore, how might they feel about a fleet of white balloons stretching from sea to sea?