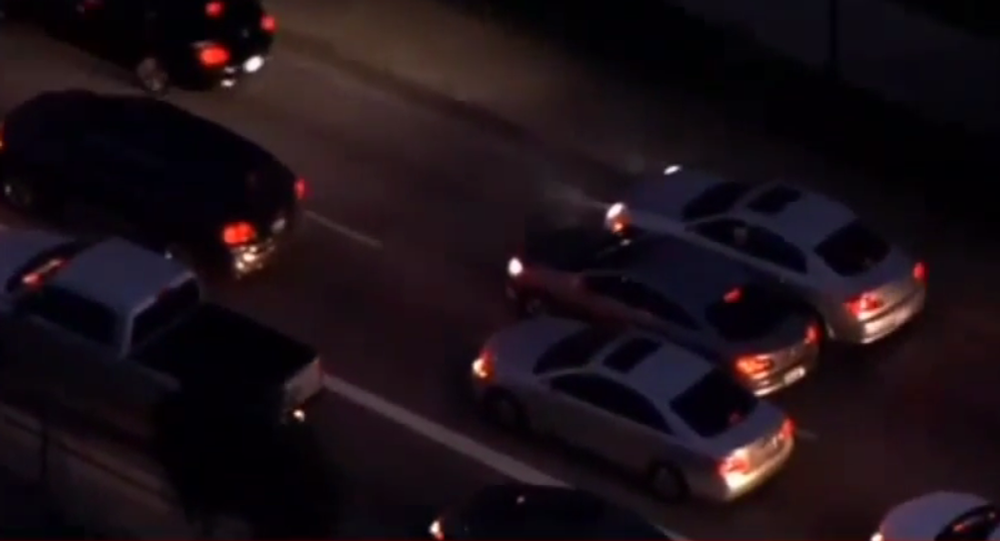 The carjacking suspect who led Los Angeles Police on a dangerous chase Monday night remains in the hospital with a gunshot wound.

The chase happened during the middle of rush hour, which caused several wrecks and created travel headaches for Los Angeles drivers.

The chase started after police randomly checked the car’s license plate and realized it had been stolen.

The driver took off, but after hitting several cars during the chase he had to abandon his damaged vehicle in Southgate, California.

The suspect then carjacked a woman at gunpoint, pulling her from her car.

“He just came up to me and pointed the gun at me and told me to get out of my car," Elizabeth Yarahuan, 22, told KABC-TV. "I unbuckled myself and I opened the door and ran out. It was horrible. I don't wish that on nobody."

The chase ended when the car came to a stop in Montbello, California, and the man attempted to steal other cars. Officers shot him as he tried to escape on foot and arrested him.

The injured suspect was taken to a hospital by ambulance, his condition has not been released. Police recovered a large semi-automatic pistol at the scene.