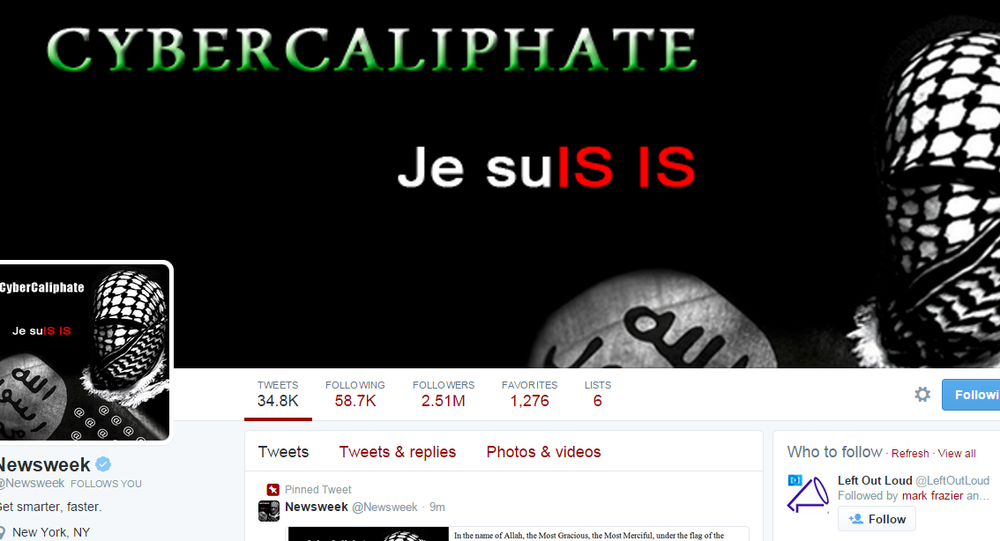 The twitter account of Newsweek appears to have been hit by the same kind of cyberattack that struck US Central Command weeks ago.

Newsweek has since regained control over the social media site.

Interspersed with threatening tweets, the hackers also said "Today we publish confidential documents from the US National Cybersecurity Center."

The hack occurred Tuesday morning, and while hackers had control, they posted a series of tweets. One of the tweets specifically threatened the Obama family with a "bloody valentine," while another appears to show documents from the Defense Cyber Investigations Training Academy.

Another tweet shows personal information from a student enrolled with the academy.

Last month, a group also identifying themselves as CyberCaliphate hacked into the social media accounts of US Central Command. That cyberattack occured just as President Obama ended a speech on cybersecurity, and hackers posted similar tweets to Centcom's Twitter page.

At the time of those hacks, Pentagon spokesperson Army Colonel Steve Warren stressed that hacking into social media accounts is a far less difficult feat than hacking into government servers, and that the attack was "inconvenient," but did not pose a security threat.

Brian Ries, a former social media manager for Newsweek, tweeted that the FBI warned the magazine in 2013 that Syrian-based hackers were targeting them.