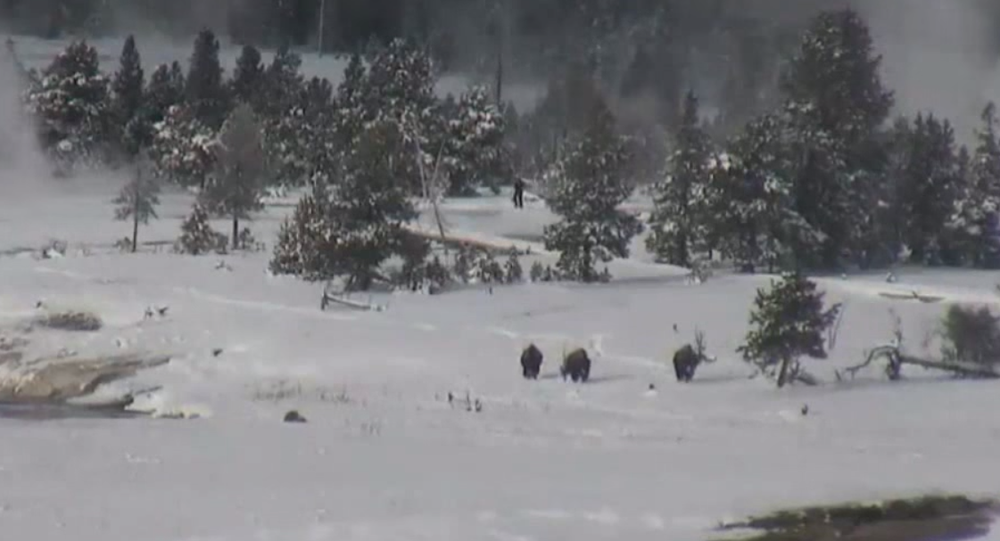 A video that shows four large mysterious figures has gained a lot of attention, with many believing those figures are the mythical creature Bigfoot.

The video was shot at Yellowstone National Park, Wyoming, showing several bison wandering around in front of trees in the field.

In the background, four elusive figures are seen walking in-between the trees.  One continues walking while the other three disappear.

Many believe the creatures are Bigfoot hunting bison, due to their large dimensions and speed.

The video was uploaded by Mary Greenly and so far has been watched by over 40,000 viewers since the end of December.